Get ready for unlimited skating and BMX biking in the vast wasteland of skate culture - Los Angeles.No levels. No load times. Just never-ending action that doesn't stop until you leave the game! Tony Hawk's American Wasteland gives you - for the first time ever in a Hawk game - the freedom to skate, or bike, throughout a rich, expansive 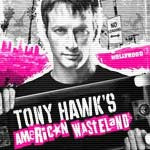 open environment. Once you arrive in Los Angeles, the vast city that gave birth to skate culture, the sky's the limit as you progress through the Wasteland story and choose missions that will have you immersed in the action without ever skating the same line twice! PC gamers will be able to compete against one another in multiplayer action via GameSpy. Freedom to ride forever: no level-based gameplay. In American Wasteland, you travel throughout the vast urban terrain of Los Angeles including Hollywood, East L.A., and other landmark areas without restrictions or repetition. Ultimate player control: more tricks and expanded controls than ever before. Choose board or bike: For the first time, you can choose to ride BMX bikes throughout the entire game, with all-new physics, a BMX specific control system and several BMX-specific goals. Customize like crazy: Enter and explore dozens of shops in game to customize your gear and your look. [Aspyr Media]

Harry Potter And The Goblet Of Fire

Harry, Ron, and Hermione are back! Experience the thrilling moments of the movie and put magic to the ultimate test in co-operative play with up to two friends.

Harry is mysteriously selected by the Goblet of Fire as the fourth champion in the dangerous Triwizard Tournament . Each champion in the international competition must confront a fire-breathing dragon, rescue friends from the icy depths of the Black Lake, and navigate the twisting mysteries of a vast, dangerous maze. Exciting scenes from the film come to life, from the Quidditch World Cup campsite to a heart-stopping duel with Lord Voldemort!

Harry, Ron, and Hermione are all playable characters, modeled after their big-screen counterparts. An all-new spell-casting system allows you to feel the magic for the first time as the controller shakes and reacts with every flick of the wand. Team up with friends in co-operative play to combine magic and produce more powerful spells than ever before!

Feel the emotion and intensity of the complete basketball experience with NBA LIVE 06. With a totally enhanced transition game, take the point and deliver fast break passes on the fl y as teammates run the lanes awaiting your pass. On defense, get inside and feel what it's like to block a dunk - or to be dunked on - as big bodies collide under the basket. Will you live in the paint or set up camp outside the arc? The choice is yours. With major gameplay advancements and enhanced player graphics, the sport of basketball is elevated to a whole new level.
0 comments

Prepare yourself for the action-packed deep-sea challenge of Feeding Frenzy 2! Features include:

This game is still rather buggy in its first release, but rest assur ed; it is sheer brilliance. It combines a number of new features that are incorporated in previous mods, and it adds enough new stuff to make it worth the money. The music is great, the atmosphere is fantastic, and the foliage really adds to it all.

Soldiers - Heroes of World War II drops you into the heart of the most intense WWII combat-action. Take control of the most elite American, British, German or Russian forces ever to impact on the wa

r-zone. Up against overwhelming odds, you must complete your missions incorporating stealth, guile, speed and aggression.

Mission objectives include blowing railway tracks, kidnapping enemy officers, destroying convoys. Be warned that much of this activity will take place behind enemy lines!

Command troops by either using group control RTS style'point and click' commands or by using the direct control feature for individual units, providing a more realistic and precise style of play. The choice is yours.

Sid Meier's Pirates! packs more adventure in just thirty minutes than most games do in their entirety. 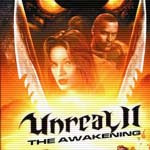 you'll find it really rocks because it is nothing like unreal championship and more like tribes or something like that. I like the defense levels in the campaign mode too because they are alot like the online mode but they are different and i find they make this game much better than halo.

eloped by several members of the design team responsible for Medal of Honor: Allied Assault, Activision's Call of Duty is a first-person shooter set amidst the chaos and turmoil of World War II. Players begin the game as an infantryman armed with a pistol and grenades, with additional weapons in the form of rifles, machine guns, and bazookas earned during their tour of duty. A total of 24 missions are available, spread across three separate campaigns. Players will experience the war through American, British, and Russian points of view, allowing them to step into the roles of three soldiers on the front lines who must endure three different operations. Vehicles such as tanks, jeeps, and more can also be commandeered for the war effort.
0 comments

d pluck someone from obscurity and make him or her the hottest star in Tinseltown. Imagine that you had control of an entire movie studio, competing with others to create a string of box office smashes. Imagine being able to use your judgement alone, deciding whether success lies with epic action pictures or lots of low budget, hammy 'B' movies.

s role of Lucas Kane, a man who has just brutally murdered a complete stranger in a dingy, public washroom. As the game begins, Kane comes out of a trance with no recognition of the mangled, bloody corpse before him, nor any recollection of committing the gruesome act with his own hands.

Now a wanted man, he must avoid the police long enough to figure out what has happened to him, before he is captured and incarcerated for the vicious act. As stories of similar unprovoked killings begin to surface, however, and Kane realizes that he may not be alone in this terrible curse, it becomes clear that he may need the help of the very authorities who are hunting him down, if he ever hopes to discover the truth behind his terrible crime.

Only muppets cant get past the no save option!

In Forgotten Realms: Demon Stone, the player directs a party of three characters – Fighter, Sorcerer and Rogue. The player controls one party member at a time -- switching between them on the fly while the other party members are controlled by the engine’s sophisticated artificial intelligence. For example, when the player controls 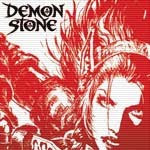 the Fighter, the Sorcerer and Rogue will continue to engage in combat, cast spells and assist the player in defeating all challengers. In many situations, the characters will be able to divide and conquer difficult objectives – while the Fighter holds back a horde of Yuan-Ti snakemen with brute force, the Sorcerer supports him with devastating ranged magic while the rogue sneaks above and behind them for a coup de grace. The player participates seamlessly in each critical moment as they are cinematically switched from one perspective to another. This real-time, on-the-fly character switching design allows Forgotten Realms: Demon Stone to challenge players with innovative and compelling encounters. In true D&D fashion, each of the characters excels at a certain type of gameplay. The Fighter thrives in melee combat, the Sorcerer is excellent at ranged and magical combat and the Rogue excels at jumping, sneaking and disarming traps. Players will be continually tasked with choosing the best character for each challenge as well as using each character’s gameplay specialty to maximum effect. [Atari] 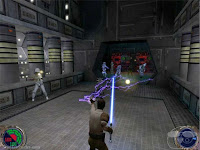 Several years have passed since Kyle Katarn avenged his father's death and saved the Valley of the Jedi from Jerec and his band of Dark Jedi. Allowing his Force powers to languish for fear of falling to the Dark side, Kyle set aside his lightsaber, vowing never to use it again. But when a new and menacing threat to the galaxy emerges, Kyle knows he must reclaim his past in order to save his future. Players assume the role of Kyle as they employ a unique mix of weapons, Force powers and your lightsaber in both single- and multiplayer modes of first-person action. [LucasArts] 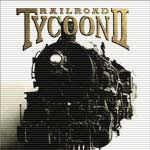 ke you from a normal, well-adjusted, well-rounded person to an obsessed, singled-minded, one-tracked trainhead. This is a real railroad game, not just a strategy game that happens to involve railroads. If you want to hop on a plane, car or ship, hop on another game. This game is about trains for people who love trains. Everything about the game is centered around an authentic look and feeling of the railways. Period video and pictures are interlaced with the game. The design and interface are true to the character of the fabled late 1800's railroads. A.I. opponents are based on real people. And all maps are real (based on satellite photography from US Geological Service and other sources). [Gathering of Developers]

Age of Empires II: The Age of Kings 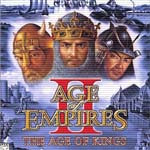 Age of Empires II: The Age of Kings is the sequel to the award-winning, best-selling real-time strategy game "Age of Empires." Age of Empires II spans a thousand years, from the fall of Rome through the Middle Ages in which players lead one of 13 civilizations into greatness. The game keeps the epic scope of Age of Empires' game play while evolving the combat and economic features. [Microsoft]

What happened to the rush series!? This is terrible, not 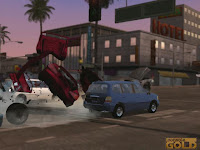 much fun. Cops are everywhere, traffic is crazy, almost always in your way. Hard to race when the track is full of these obstacles. Graphics will make you sick. Only thing good is the cars, using real licensed cars is fun, too bad they don't handle anywhere close to how they should. Score: 50/100