w2 fps yet has a charm of its own. Methodical, enjoyable and not too taxing - a nice change and a welcome edition to the current crop of WW2 games. 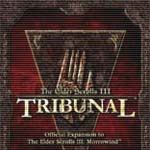 I think this game is pretty fun but there needs to be more weapons and armor and the story line is great but a little short.

Rock out! After playing the fantastic SP m 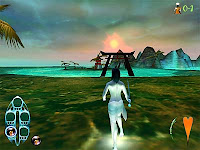 issions, the Multiplayer mode totally rocks the world! I'm a counter-strike player of above medium rank so I've played my share of stunning Multi-player.

Well i'm no EA fan, but these days some pretty kewl games r being pro

duced by those guyz. only played da demo of this game and i gotta say i Like! isnt da best game owt there, but personally think u wont hate urself if u get this game!

Wow, it’s only taken 22 years for someone to make a sequel to Ant Att

ack, or is it Populous, or Sacrifice? Darwinia borrows while managing to remain fresh and original, in addition to being fun, face-paced and highly addictive. However it does feature the most useless innovation ever to grace video gaming - the gesture system (Black & White, Arx Fatalis) and it’s ultimately lacking in variety.

From the developers at Westwood Studios comes Dune 2000, a real-time strategy game. Throughout the planet of 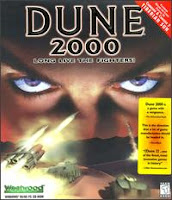 Arrakis (a desert-like planet riddled with dunes and sand), three military powers have engaged in a fierce war to control a prized resource known as the Spice Melange. The mysterious spice can only be found on the planet of Arrakis; every race in the known universe lusts for its power. With all the bickering and fighting over Spice Melange, the Emperor has issued a challenge that basically states whoever controls the substance will control Arrakis. The three aforementioned forces include the noble House Atreides, the wicked House Harkonnen, and the enigmatic House Ordos. Each house desires control, but each has different reasons for entering the war.

Ok first off the idea is a really good one. I have always loved the medevil ages type games. Between this game and Stronghold 2 Stronghold 2 wins by a mile. In Stronghold Legends they do add alot of new units and I find it to be a much cooler, funner game with dragons and wizards. It makes it more of a medevil ages type game. The problem with this game is that they took away to much of what made stronghold stand out from the other medevil games. In Legends you get only stone walls, No wood walls. And where as most people would find that to not be a big deal I find it to be stupid. This is because you may not always have a ton of stone to work with but you almost always have MORE then enough wood. You get to make moats (Arthur only) but you don't get drawbridges. (whats the point in a moat if you can't use it to protect your WHOLE castle.) It says in the book that your gatehouse is seen as a soft target and must be garded well. And yet you can't build a moat in front of it otherwise no one can get in OR OUT of your castle.

Along with your gatehouses you have no control over them being open or closed. They just always stay closed until one of your troops get close to it, then it automaticly opens for him. The problem I have found with this is that one of my guys walked up to the gate and the enemy walked right in with him. Almost as if they where long lost friends who where both serving diffrent kings. "Hey Phil" the enemy would say. "Oh hey Chuck, hows it going" my guy would say back. "Oh its going good. My King...your kings enemy...has told me to come kill your king. You mind if I come in." the enemy would ask. "Well I don't think my king would like you killing him....but....you ARE my friend from 30 years ago and I was sorta able to trust you back then. So....Sure come on in Chuck." The game has changed too much over the years. The very first stronghold was awsome for its time. Then stronghold 2 came out which is way better then the first one but its pretty much the same exact game. And then they had this AWSOME idea to make Stronghold Legends and its a really good idea its just they took away too much of what made Stronghold a TRUE castle builder. If you want a good castle builder game go with Stronghold 2 but don't spend the money on Stronghold Legends. You get to do SOOOOO much more in Stronghold 2.

Disapointing to say the least. the engine is buggy, and combat is mushy. b 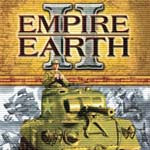 Pirates of the Caribbean

Well, at first look, game is great, but later U realize that it is boring. The sea map is like for small kids, it is also full of ships. Wh 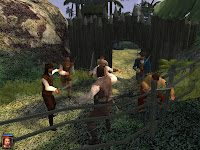 ere have ya seen so much ships in sea? Sea battles sux - so slow and boring, especailly because there are so many of them. When ya sail from one to other island, there will be few battles, and that is each time - annoying. And also it looks like its been copied from game Sea Dogs, so many similarities, except that Sea Dogs will soon have part 2, but Pirates R new, but look like first Sea Dogs. 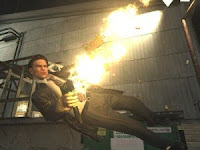 Game reminds me of what I liked best about Elite and Wasteland 'back in the day;." the impression that you are exploring something real. Graphics are solid, interface is intuitive (except for the multiple cliks on a target cause different types of attack), and the music supports the overall atmosphere. Wish it got more press and distribution. 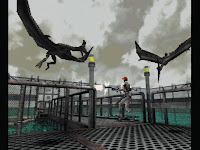 
This sequel is really_enjoyable as it is an arcade_style action game. VVith its great graphics, sound, & storyline u enter completely_in the game. My only_complaint is the huge_amount of dinosaurs vvhich u have u kill & that they_come out every_ time you enter into a singular_differnet area. But the game still remains_enjoyable.www.allpcgame.net
2 comments

Sid Meier's Gettysburg! is a real-time game, simulating one of the most dramatic battles in history. An accurate Gettysburg battlefield, 3-D units, and historically correct scenarios place you in command of either the Union or Confederate army. Challenge your friends in various multiplayer modes.

Cossacks, the massively successful real-time strategy game based on the conflicts of Europe in the 16th-18th century, will ret 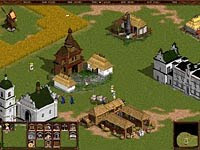 urn to your screens in the form of an add-on package, Cossacks: The Art Of War. Among the new features are a map editor, more nations and new ships. While many of the redesigned elements are designed to make the single player game more dynamic, additional multiplayer modes will also enable players online to access statistics and historical data on their opponents, plus a player ranking system. download torrent

I like this game a lot. I think that developers have lost (for the most part) the wonderful art of making a frag fest speed demon like SW:R C is. The graphics are great, fun weapons and a fast paced unreal tournament, quake III likegameplay experience. I definitely recommend this to fans of this type of FPS. If you like quake III, Unreal, jedi knight 2 outcast, star trek elite force or any of the great quake III engine games such as raven's engine you will dig this game. it isn't the best game but it's quite fun to blow off some steam and if your tired of playing ut2004 all day then try this out for a SW feel.

Monopoly Deluxe Monopoly of course is the most popular board game of all time. Play this game with up to 10 different players. You can change certain settings such as a time limit, enable/disable trading, and set a free parking fine
0 comments 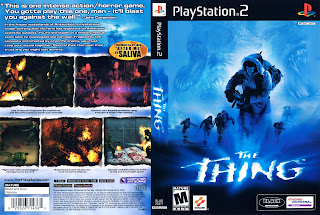 Japan, 1542. The land is in turmoil. The last Shogunate has c 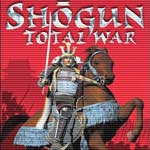 ollapsed, leaving the nation divided into seven warring factions. Out of this chaos will emerge one warlord who will master the Art Of War. [Electronic Arts]

What a classic game! I haven't seen a game of that class in my

whole life and will never see because the story ends, and the racoon city is fully destroyed. I am very sad on the end of RE's series and hoping that Capcom will release a game of such class in the future like "Street Fighter" and RE3.

for the world championship. Users can create their own racer -- customizing items like helmets -- or choose from established Formula One stars. Redesigned F1 gameplay includes improved AI, realistic accidents, and option screens available during a race for car adjustments. Players will receive real-time feedback from their chief mechanic and team boss during a race.