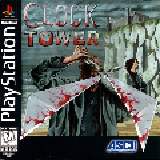 hing! The presentation is great, the graphics while, not perfect, do set the mood, the music is catchy, and the sounds creepy and awesome. Scissorman is like the best evil villain around in a video game, the game is incredibly scary, without the huge amounts of blood and gore, don't get me wrong there is blood and gore in it, but not a whole lot. The controls couldn't be any simpler, use the directional pad to move the mouse, and the X-button to select stuff on the screen, so easy, even your little sister could do it. There is excellent re-play value, there are 10 endings, 5 for Jennifer, and 5 for Helen, there is 3 secondary characters to play as, Gotts, Nolan, and Barton for the prologue, plus scissorman is random, so you never know what he is up to next, my favorite thing about it. 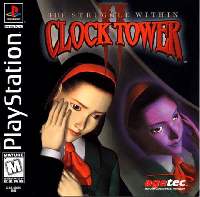 Clock Tower II is a point and click horror adventure for PSX which tries to combine action elements into the proceedings. As a teenager with a split personality, you must solve the mystery surrounding your family and yourself while being stalked by zombies, a psycho with a machette and a little girl with a butcher knife. 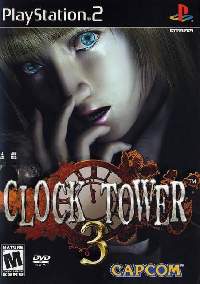 Clock Tower 3's movie portions are stronger than the gameplay that underpins them, and the result is a game that you'll probably want to finish more for its storyline than for the fun you'll have actually playing it.

for cover. Battlefi eld 2 fl ung you whooping from it. Frontlines: Fuel of War wants to pitch you somewhere in between. “Our aim is to balance fast-paced cinematic intensity with strategy,” says Kaos Studios lead designer Frank DeLise, conjuring visions of chess meeting Black Hawk Down. “Players choose how to take on objectives—go stealthy and fi nd new ways to sneak using different roles and recon equipment, or choose a heavy loadout and run a full-guns offensive.”

Kaos is keeping mum on special multiplayer modes, but promises Frontlines will stand apart from what DeLise calls “the typical bot matches found in most multiplayer games.”

West versus East in a near-future squabble over oil, role-based combat specialties, working in foot squads or flinging vehicle fi re—sound kinda like the same-ol’ thing? Frontlines’ hook: “Each theater is roughly an hour of gameplay streamed in with no loading,” DeLise explains. “The theaters themselves have front lines with a series of spreadout, nonlinear objectives that you must achieve to move that front forward.” Whisking you between war theaters from Afghanistan to Moscow, Frontlines lets you pick missions and objectives your way. Snipe the enemy team holed up on the far hill, fl ing grenades at the nearby command HQ, or just recon the whole shindig—you tap your squad bots (in single-player), you mark the targets.

“Capture objectives and you get new abilities, like equipment, weapons, and vehicles, which you’ll then use to grab the next objective,” says DeLise, explaining how you’ll refi ne your soldier
class by choosing loadouts and roles. “The loadout is your weapon choice plus secondary
elements like smoke grenades and proximity mines. Your role, on the other hand, adds equipment such as remote-controlled drones—for recon—or base defenses.” DeLise says roles
improve according to use and yield access to new abilities. A drone specialist might start with a passive recon drone and upgrade to one capable of assaults later in the game. And while role-playing combat ops aren’t exactly news, the team hopes a few of Frontlines’ 60 next-gen
weapons and vehicles will knock the socks off conventional shooter tactics.

In the end, DeLise wants Frontlines to convey a broad range of emotions and playing styles.
“It’ll always feel like you’re in a much bigger battle with lots of allies around you, fighting and
changing their strategy based on the objectives you’ve achieved,” he says. “Your squadmates
will react like real soldiers, yelling for help and pointing out threats using a contextual battlechatter system that brings the war to life.” And, with a little luck, it’ll bring a well-worn genre to life, too.
0 comments 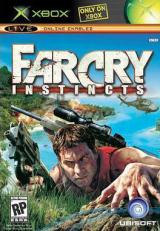 game review: You're Jack Carver, stranded on a remote tropical island. A legion of elite mercenaries equipped with a military stockpile is rapidly closing in. Outmanned and outgunned, your survival won't come easy. Only with skill, instincts and ingenuity can you conquer the enemy and make it out alive. In the open-ended tropical environment, discover many ways to kill. Set up and unleash brutal jungle traps. Commit stealth kills amidst the foliage. Snipe from extreme distances. Steal the enemy's weapons and launch brutal counter-assaults over land, sea and air-ranging from hand-to-hand strikes to rocket salvos. To conquer the mercenaries' Full Action Response A.I., you must develop skills you never thought you had.

game review: This year NBA LIVE 07 will play as good as it looks with gameplay

advancements that build upon the depth and authenticity that the NBA LIVE franchise has delivered for more than a decade. Powered by next generation technology that EA showcased at Electronic Entertainment Expo (E3), NBA LIVE 07 will introduce the next generati

on of basketball gameplay with EA SPORTS™ Total Freestyle Control, a new feature that gives users more control over athletes than they ever imagined. By introducing a ground-breaking next generation AI system that is both intuitive and intelligent, combined with advancements to fan-favorite features like All-Star Weekend and Dynasty Mode™, NBA LIVE 07 will continue to deliver its award-winning gameplay experience to fans worldwide.
0 comments

game review: FIFA 07 delivers complete authenticity with licenses for all the world’s top leagues, including MLS and Mexican 1st Division in North America, and 26 others from over 20 nations. This year, you have the power to shape your club’s destiny in the EA SPORTS™ Interactive 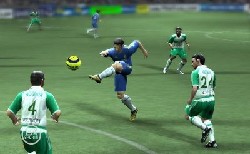 Leagues, a new online mode that enables you to pit your club against supporters of your real-world opponents. The online interactive leagues feature the F.A. Premier League, Bundesliga, French League and the Mexican 1st Division. Experience the future of online gaming as you play your games according to the real-world schedule. When they play, you play. Track your team’s progress as the aggregate results determine your club’s position in the league table. Now you actually take to the pitch for the glory of your club. This is the season where you make the difference!

game review: Set in a parallel world between our world in the 19th century and a prehistoric world, where warring tribes and dinosaurs rule, ParaWorld immerses players in a real-time strategy game. Armed with devastating weapons, commanding powerful fighting dinosaurs and controlling up to fifty units, players go into battle in gripping single-player and multiplayer action. Up to eight players can battle each other in more than 15 multiplayer levels.

game review: In this new addition to the Jedi Knight series, players can

immerse themselves in the role of a young student of the Jedi arts. Begin by creating a custom character to train with, undergo missions, and participate in multiplayer battles. Construct your own lightsaber, and choose your own fighting style, such as single saber, double saber, and the powerful dual-bladed saber style used by Darth Maul. Choose your own path as you learn to wield the power of the Force, pursuing the light or the dark side. On your quest to become the most powerful Jedi Knight, you will experience new vehicles, weapons, and expansive new Star Wars environments.