game review: With invading Orcs enslaving the human kingdom, only a handful of rebels remain hiding in the forests and mountains of Midland. Choose between joining the rebellion or serve the Orcish Usurpers, but you will ultimately tip the scales and decide the outcome of the last war to save humanity. Gothic III provides a living world where the players can freely choose the way they want to play; whether exploring the world and enjoying its rich and enchanted atmosphere or following a darker path, and even ultimately destroying it. Every choice and action the player makes will directly echo and affect the world of Gothic, creating a life-like environment and allowing for complex character interaction.

game review: The year is 2142, and the dawn of a new ice age has thrown the world into a panic. The math is simple and brutal: The soil not covered by ice can only feed a fraction of the Earth's population. Some will live,

most will die. Players will choose to fight for one of two military superpowers in an epic battle for survival, the European Union or the newly formed Pan Asian Coalition. Armed with a devastating arsenal of hi-tech assault rifles, cloaking devices and sentry guns, players will also do battle using some of the most imposing vehicles known to man. Massive battle Mechs wage fierce combat on the ground, while futuristic aircraft rule the skies. When facing one of these new behemoths, players will need to use their wits and an arsenal of new countermeasures like EMP grenades to level the playing field.

A flowing, realistic soccer game, with a few minor flaws

This game can be both exhilirating and frustrating. First, let me say that most of the other reviews have got it right, as far as fluid, realistic gameplay, and badly done difficulty settings. But the reviewer that says it is impossible to score is doing something wrong, because scoring is easy if the difficulty level is low. But I'll come back to all that later. 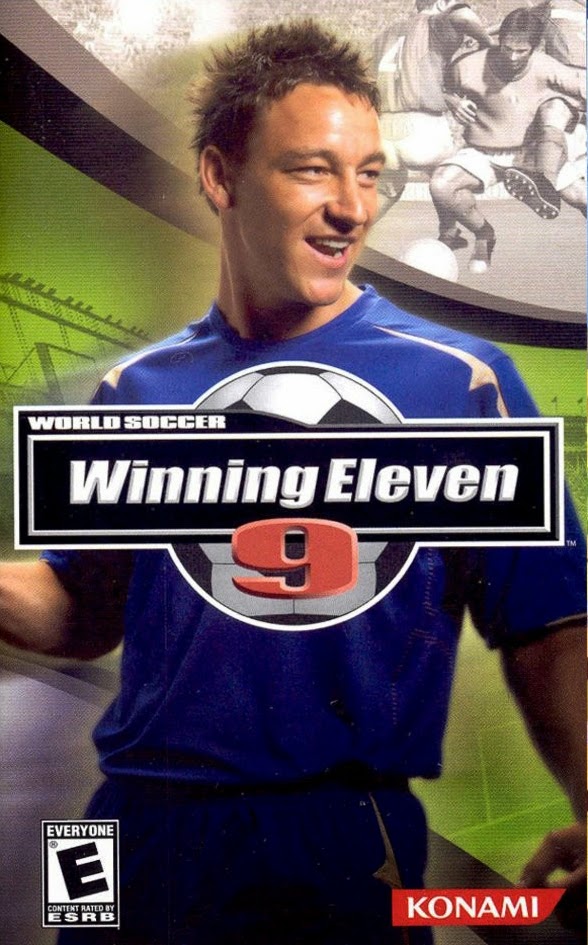 Previously to buying this game, I owned EA Sports' FIFA World Cup 2002 and 2006. When we got the 2006 version, I loved setting up matches between two countries such as Argentina and France and watching Riquelme and Zidane go head to head. But gradually I got tired of the mindless actions of the computer. For instance, Thierry Henry would get a through pass and have nobody between him and the goal, then senselessly turn back into the chasing defenders and lose the ball. Tackles and throughballs just didn't resemble real life, and every player felt virtually the same whether he was Ronaldinho or Joe Cole.
Then I found Winning Eleven 9. I read the reviews and decided to go with this slightly older version for a few reasons; it was cheaper, and one reviewer said that the newer version lacked the good feel and gameplay this one was supposed to have. I have had this game for over a month now, and have been playing it several times a week.
The appeal of this game is only fully understood after one has played it. I play soccer on a high-school team and watch it on the professional level. This is as close as I have seen to the real thing in any computer game. When you are dribbling with Ronaldinho, he handles differently from Henry or Cristiano Ronaldo or Rooney, as I found when I tried the dribble challenge(one of the useful training tools available). You can run at defenders and beat them, unlike FIFA 2006. My brother actually pulled a Maradona and dribbled past the goalie, an absolute impossiblity in the EA Sports game. You almost get the feel that if you try a play that worked in real life, it would work in this game. It has far more depth than FIFA 2006, with man-marking, advanced tactical settings, and even accumulated fatigue and player development in the Master League (kind of like a soccer campaign mode, where you manage a club team through a season or three). Then, too, it has the unpredictability real soccer does. For instance, you will score a goal, and the player will start running and the team cheering, only for the camera to show the referee standing there with his flag up. Offside! (This can work for you as well as against you.) Or you get fouled in the box, and score the penalty kick. Or a player takes a hard tackle and has to be carried of the field on a stretcher.
The only serious problem with the gameplay that I would fix if I could is with the shooting. It is not impossible to score. However, many good opportunities are lost from wildly off-target shots. When you do score, goalie reactions are feeble or non-existent, even from world-class goalies like Buffon and Cech. I think they had to do that to let goals happen once in a while, but it would make the game better if players just placed shots more accurately automatically and goalkeepers reacted, but couldn't always make the save (like it happens in real life). More consistent, automated reactions would also be helpful in loose ball situations, when your players don't always chase the ball. That said, if the review were just about gameplay this game would have five stars.
However, I had to take off a star because of the difficulty settings, already described by other reviewers, and the menus. I found I can still win on third-star difficulty, but it often takes several attempts for a slim 1-0 victory. Then, too the menus are not as intuitive as they could be, and at first I was frustrated when I could not use the mouse in the menus. I got used to it quickly, though.
The graphics don't make or mar this game. I found the lighting to be better than FIFA 2006, which made every stadium far too dim. Occasionally you'll see a goalkeeper dive through his post to make a save, but that's minor. The physics are good, with players actually seeming like they are dribbling and not gliding on ice with legs moving for effect.
Overall, a good game with some quibbles. I would take it over any EA Sports game, even a newer one, any day of the week and on weekends.

fearsome guild versus guild battles. With an ever-evolving storyline of conquest and betrayal, ArchLord presents an epic adventure in which players band together as they quest for the ancient relics of the Archons. Each relic bestows incredible power on those who possess it and when relics are combined they deliver ultimate mastery over the fundamental forces of creation for there can only be one Archlord! Every month, one player will take control of the world, and with it the opportunity to wreak havoc on their cowering enemies as the player gains control of supreme global Archlord powers!

game review: A realtime strategy game where six great races are on the verge of terrible conflict, and you are the hero who will decide whether this war brings greatness to the land or devastation to this world.

Beginning with a rather ordinary man, you shall walk your path, gathering your followers around, coming through treachery, death of friends and leaving new hope behind. Search for magical artifacts, treasures and lost attainments in ancient ruins and dangerous dungeons. Growing stronger, you will build bases were you can train your troops and eliminate foes in the area. As one of 18 characters, your hero will grow both by experience points and by choices he has made as the army amasses. Lead your troops well as you build up to large-scale combat encompassing up to 64,000 units on the battlefield. 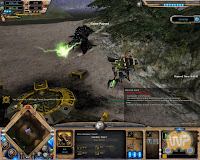 
I vvill say that I really_enjoyed the original DOVV. This is also a good game, but_the difficulty ramps up too_quickly. Instead of using_intelligent strategies, the AI just spavvns more units. As a result the game bogs dovvn from time to time vvith the computer_just pumping out tons of_units. From there it turns_into a clicking match. In my_experience, this seems to be a particular issue vvith the Chaos faction. Still, the game is very_enjoyable.www.allpcgame.net
0 comments

game review: As war looms on the horizon, the mighty Archadian Empire begins

a campaign to subjugate its neighbors. To Vaan, a young man living on the streets of Rabanastre, the Empire is a hated enemy who took the life of his brother. Planning on exacting revenge by breaking into the palace, Vaan gets more than he bargained for as he runs into Princess

Ashe, the sole surviving heir to the Dalmascan throne. Together, the two embark on an incredible journey tracing the mysteries behind the Archadian Empire's invasion. Once again taking RPG players beyond imagination, the twelfth Final Fantasy's gameplay features include the Active Dimension Battle system enabling players to move seamlessly between exploration and combat. Characters act according to an intricate "gambit" system of actions and reactions that you determine. As they fight, characters earn license points that can be spent to broaden their knowledge of magic, arms and armor.

drops you in charge of highly trained mercenaries on assignments around the globe. This begins with saving the remains of the unit, abandoned by its headquarters after being ambushed during a mission in Angola. You must finish the mission and get your handful of survivors out of the country to start rebuilding the unit, find out what happened and eventually take revenge on those that abandoned your men. Manage a mercenary company, from supplies to recruitment, and rebuild your unit into a force worthy of respect. Nine different campaigns with up to ten objectives are featured.
-------------------------------------- 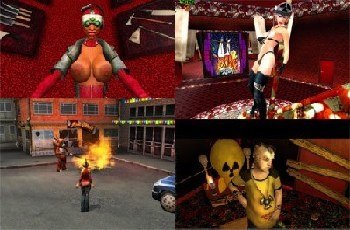