review: Veteran agent Sam Fisher is back. But he's never faced an enemy like this before. To stop a devastating terrorist attack, he must infiltrate a vicious terrorist group and destroy it from within. For the first time ever, experience the relentless tension and 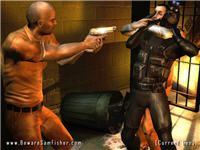 gut-wrenching dilemmas of life as a double agent. As you infiltrate a terrorist organization in its American headquarters, you must carefully weigh the consequences of your actions. Kill too many criminals and you'll blow your cover. Hesitate too long and millions will die. Do whatever it takes to complete your mission, but get out alive. The fourth game in the Tom Clancy's Splinter Cell series thrusts players into a new breed of gameplay that promises to innovate and revolutionize the Splinter Cell franchise. Ubisoft takes the saga of Sam Fisher into entirely new territory, expanding the story and depth of his character.
0 comments

game info:Alma returns in this expansion pack to the paranormal action thriller. F.E.A.R. Extraction Point kicks off where the original game ended – with a bang. The First Encounter Assault Recon Team (F.E.A.R.) returns to battle the now free Alma and her paranormal minions across a destroyed city. New locations, weaponry and enemies combine to take the F.E.A.R. franchise to new levels of action and suspense.

review: Pro Evolution Soccer 6 also has a number of new teams licensed for inclusion, with the International roster now featuring the official kits for Argentina, the Netherlands, Italy, Spain and Sweden. Details on official club teams and more national squads will follow. Other new additions include more balanced referees, and a selection of exciting new gameplay modes. An International Challenge involves leading your home country to victory through a series of entry and tournament rounds, while a Random mode lets the player play quick games within randomly-generated match day settings. The much-loved Master League also returns, allowing players to experience the many highs and lows of steering a team through years of competitive games. Aging players, injuries and pressure from the board all combine to create a truly immersive game where results are everything...
0 comments 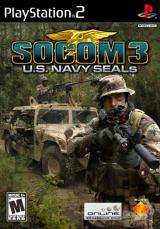 review: SOCOM 3 is packed to the brim with new features, content, game types and more that will no doubt quench the parched thirst of SOCOM fans everywhere. The latest entry in the military shooter series offers new single- and multiplayer features, including up to 32 players in one game online, player-controlled vehicles, more than 900 weapon combinations, and new maps "five to six times" larger than those of previous SOCOM games. SOCOM 3 features roughly 20 transports you can commandeer, like Humvees, tanks, jeeps, convoy trucks, assault boats... the list goes on and on. Each vehicle has multiple ride points, many with mounted turrets or open weapons holes, meaning that other soldiers can hop and act not only as passengers but as a collective mobile unit of death.

game review: In Sony Computer Entertainment's exclusive adventure ICO, a young boy with horns is born in every generation to be traditionally sacrificed in order to cleanse the local community of evil spirits. This generation's boy (and title character), however, tries to change his fate completely by fleeing from his would-be executioners and joining up with a captured princess to escape a gigantic castle. During his quest for survival ICO will have to make his way through vast environments overrun by challenging puzzles (including brainteasers and mazes) as he battles against an army of evil apparitions while leading his princess through the secluded fortress.
download rapidshare megaupload fastest torrent
1 comments

Shadow of the Colossus 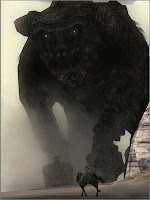 The highly anticipated sequel to Star Defender 2 is finally here! Get ready to fight through hoards of alien beasts as they mercilessly attack the Earth! Blast through 8 huge missions as you prove who's boss, once and for all! With fantastic new weapons, a progressive system of bonuses and attacks in brilliant new locations, this is the most exciting Star Defender yet! The explosions will blow you away so don't miss this hot battle as you fire up your laser and get to work!
1 comments 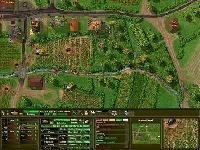 game review: With A Bridge Too Far, the scope of the game has been greatly expanded. While the first game focused on American and German forces fighting in France, the sequel concentrates on the failed Operation Market Garden. Forces now include British and Polish units in addition to the Americans and Germans. There are now more than 30 individual scenarios, along with several operation games (linked scenarios with a specific objective) and campaigns. The operations and campaigns are especially challenging because you must fight at the tactical level while keeping the strategic picture in mind (including supplies and replacements). You can also create your own scenarios, but you must make do with the prerendered maps for the battlefields.
0 comments 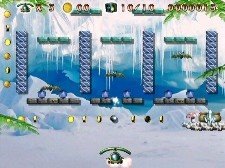 Welcome to Brickquest - A captivating, new breakout experience with 8 amazing worlds and more than 70 "Gwamos" to rescue! If the 160 stunning levels don't mesmerize you, the challenge to rescue all of the funny little Gwamos will! There are evil creatures at every turn, as well as dozens of amazing power-ups to assist you. So, begin your Brickquest today!
0 comments
PREVIOUS NEXT Home