review: Four powerful armies –- Empire, Chaos, Skaven and High Elves –- along with other "dogs of war" including Orcs, Dwarfs, Vampires and Goblins, clash amidst breathtaking scenery in an epic battle for land and power.
0 comments 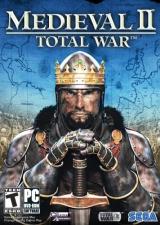 game review: Continuing the Total War strategy franchise, Medieval II spans four and half centuries of the most turbulent and bloody era of Western history, encompassing the golden age of chivalry, the Crusades, the proliferation of gunpowder, the rise of professional armies, the Renaissance and the discovery of America.

game review: Ubi Soft introduces cel-shading to the First-Person Shooter genre with XIII for the PlayStation 2, Xbox, GameCube and PC. Discover the secrets of the conspiracy-rich plot and find out the mysterious connection between your shrouded past, and the President's

assassination. Become a master of both stealth infiltration and weapons-based combat in order to survive a relentless slew of enemies. Strategically switch between silent weapons such as the deadly crossbow, or distance and power weapons like the sniper rifle and machine gun. Immerse yourself in an epic conspiracy story with a visual style straight from the pages of a comic book.
1 comments

game review: Evil Dead Regeneration follows Ash, the lone survivor of a camp discovering the Necronomicon -- the wholly evil book of the dead. Thought to

have murdered his companions, Ash is arrested, convicted of the crime, and sentenced to Sunny Meadows, an institute for the criminally insane ... but not for long. Ash's peaceful stay is about to end -- thanks to the perverted experiments of his very own psychiatrist, Dr. Reinhard. Hell-bent on using science to harness the Necronomicon's powers, the mad doctor unleashes the book's all-powerful Evil on the world -- releasing a new slew of Deadites, monsters and spirits, twisting reality into a hellish strudel and leaving mankind with that not-so-fresh apocalyptic feeling.

review: Muscle your way to the front and enjoy every heart-stopping moment as you battle for every inch of track against the superstars of the sport. With authentic driver controls, you experience life in the cockpit with the same technological wizardry available to this season?s Formula One racers, or switch off the controls and rely on your raw driving skills. Take the wheel in F1 2002 and take aim at the 2002 Formula One World Championship.

hat ever was. Able to sneak past any guard, pick any lock, and break into the most ingeniously secured residences, Garrett steals from the wealthy and gives to himself, making his living in the dark and foreboding City. World weary and cynical, Garrett wants nothing more than to be left alone to ply his trade. But things never work out that way. According to ancient prophecies, a Dark Age is approaching. As Garrett, you attempt to stop the darkness, explore a sprawling city, break into any building, mug nobles on the streets, spend your loot, and earn a reputation. Feel like a real thief in a cityscape of unparalleled responsiveness and interactivity.

review: Players slip into the role of Konami hero Solid Snake and set out on a

government mission to regain control of a secret nuclear weapons base from terrorists' hands. On his quest, Snake must rely heavily on stealth to avoid being seen, but he also has more than 30 different weapons and 20 different items and gadgets at his disposal, such as night vision goggles, minesweepers, explosives, gas masks, and more. An enemy radar display at the top of the screen helps pinpoint the locations of the opposing forces, both human and mechanical. Designed by Hideo Kojima. Originally released on PlayStation.

game review: For anyone who popped in Virtua Fighter 1 when they opened up

their SEGA Saturn, fighting games on home consoles would never be the same. VF4 Evo is the ultimate iteration of this game with the smoothest graphics, tightest gameplay, and a ridiculous number of modes. The Kumite mode is one of the best single player fighting game options ever created and the inclusion of the 10th Anniversary edition will make any SEGA fan misty eyed.