game notes: Follow the career of newlywed Martin Lionsdale of the 1st Airborne Cavalry Division, and take part in some of the most thrilling moments of the conflict, controlling an entire platoon through missions based on historical events. Platoon covers the period from the early days of the conflict (late 1965) to the height of battle in 1968 and recreates some of the most tragic moments of the

Vietnam War: Operation “Shiny Bayonet”, the Pleiku Campaign and Operation “Pershing”. A soldier’s rank and abilities depend upon his level of experience, and performance is continuously affected by the environment, terrain and combat situation. Learn US army tactics in the tutorials and take advantage of a wide range of weaponry, vehicles and support units. Already being compared to hit titles such as the Close Combat series, Command and Conquer and Sudden Strike, Platoon stands on its own with its stunning full 3D perspective, one of a kind Vietnam backdrop, and detailed tutorial that throws you into the conflict easily and quickly. Take part in one of the world’s most groundbreaking wars and its most legendary, Academy award-winning war movie – Platoon! 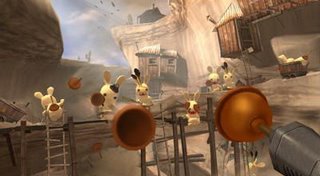 Rayman returns in the fourth installment of the beloved platformer series. The new Rayman videogame entry is being developed by Ubisoft's Montpellier studio, lead by Michel Ancel, creator of the original Rayman game. This PSP version is no longer expected to be released, as the developer has decided to concentrate on other platforms instead.

Uncover the greatest mystery of all time in this puzzle adventure of epic proportions! Journey through time and halfway around the globe with Kong: Skull Island Adventure. Featuring a richly illustrated story, cinematic soundtrack, two modes of play and over 100 varied levels, this game will transport you to a world of mystery and action, and the home of one of the most p

opular characters of all time!

Kong is our King

The graphics are great but can be a little bit better.The sound is not very good.In the gmaeplay,there are many power-ups.The is little like puzzle inlay but is better than it.Fans of Peter Jackson's KING KONG would love it but the title of the game does not suit to the game.

that delivers the excitement of a visceral, seat-of-your-pants dogfight experience -- flying in some of the most legenday jet fighters in history!
0 comments 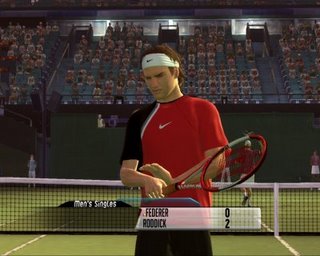 Federer, Maria Sharapova and more), a wide variety of events including all four Grand Slam tournaments, a multi-season career, and a set of new risk and advanced shots. In detailed, real-world venues such as Wimbledon, gamers can create realistic player models and their own on-court style with slices, drops, top spins, lobs, and drives against the tennis world’s best-of-the-best. For experienced players, Top Spin 2 adds depth to gameplay with a number of risk shots and advanced controls, giving gamers the ability to pick apart their opponent piece-by-piece. If hard-core competition isn’t your thing, take it easy and enjoy multiplayer party games, like Splash Court, Wall Breaker, and Time Bomb. The game supports up to four players on a single PC, and two players over the Internet or a LAN.
0 comments

In the style of Hollywood’s popular horror movie genre, Obscure tracks a group of five all-American high school students who discover the halls they walk each day are anything but safe from their most horrifying nightm

ares. A string of mysterious disappearances and unexplained events set the stage for a night more horrifying than any trip to detention…

Obscure offers a wide range of gameplay options to see gamers through their night of terror. Players customize their action experience, interchanging between any characters at any time, utilizing the unique skills and abilities of each student. Controlled AI settings of defense, attack and help, allow characters to assist each other during combat and while solving puzzles.

The game also offers single or team play, with a second player able to enter or exit the game at any time for a unique co-op experience. Obscure is also one of the first survival horror games to propose a full cooperative mode: a second player can take control of another student and work together to fight monsters and resolve puzzles, adding a new level of challenge to the game.

game description: Starshatter™ represents the next generation of space combat simulation games. Starshatter™ extends the gameplay concepts of the classic sims by combining fighter and starship combat in a single game. Starshatter™ also integrates elements of real-time-strategy games by allowing fleet commanders to direct the battle on a tactical level.
0 comments

game description: The literary world has been hijacked, and Lex is the only worm buff enough to restore order. Help Lex by spelling your way through a saga of monstrous proportions that boasts a star-studded cast the likes of which Hollywood has never seen. 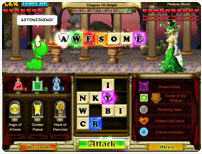 You'll revel in the witty companionship of Sinbad, shudder before the wretched 'do of Medusa and sweat under the scrutiny of the awe-inspiring Sphinx.

* Engaging storyline featuring three lengthy storybooks, each with its own unique theme.
* Infinitely replayable mini-games that put your word knowledge and spelling speed to the test.
* A comprehensive Tome of Knowledge detailing all the wondrous creatures you'll encounter throughout the game.
* Unlock Arena mode for the ultimate challenge: a timed rematch with every boss from Bookworm Adventures!
1 comments

game description: Ball Attack is an Arkanoid/Breakout style game. Original solutions give a new twist to the classic \"ball and brick\" concept. A number of unique elements that never before appeared in such games give Ball Attack absolutely fresh look and feel. 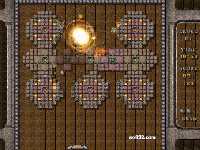 Roving, a pair of soldiers hell bent on rescuing POWs and blasting the hell out of General Morden and his powerful army, which is comprised of evil soldiers, mechanical monsters, combat vehicles, giant bosses, and other potential targets. Rescued hostages relinquish bonus items or weaponry, such as a heavy machine gun, a flame shot or a rocket launcher. High-powered mini-tanks, which are equipped with cannons and rapid-fire shots, are frequently air-dropped in strategic locations, bolstering players' enemy-killing capabilities. In addition to dazzlingly detailed graphics, simple controls and constantly intense shooting action, the game is filled with humorous touches, such as enemies laughing when you die or fleeing in terror when fearing for their lives. Metal Slug could be a bit longer, but it is plenty difficult, posing serious challenges for even the most savvy of trigger-happy arcade veterans. The two-player simultaneous mode is recommended.Car, Corvette Cars, Toyota Matrix, Chevrolet, Porsche, Pontiac SUV Torrent, Cadillac auto insurance, Saleen S5S Raptor, Pontiac Solstice GXP, Honda Fit, Nissan Maxima, Ford Mustang, Saab auto
0 comments
PREVIOUS NEXT Home