PC game / The basic plot continues the story of the serial - somebody wants to kill you because you are a Bhaalspawn. That someone is now an alliance of five other extremely powerful Bhaalspawns who wish to eliminate any possible competition. Black Isle announced that you can gather 8 million EXPs which is really a lot, as your characters become god-like when they reach the fortieth level. I only wander how this will reflect on the Neverwinter Nights, which should be able to allow you to import characters from BG II.
0 comments

“YOU MIGHT NOT WANT TO PICK THE AEON ILLUMINATE THE"
fi rst time you play,” warns Gas Powered Games founder Chris Taylor as I sit down for a session of Supreme Commander. “That faction is the hardest one because it’s so different.” But since when has common sense stopped anyone? The United Earth Federation comes with familiar warheads and futuristic offshoots of conventional craft—been there, nuked that. The Cybran Nation is composed of self-actualized super-robots that clearly cribbed notes from The Terminator or Will Smith’s magnum opus Wild Wild West. The Aeon Illuminate, a religious order, uses some weird alien technology that—I’ll
admit now—takes a lot of getting used to.

WARTIME ECONOMIES
Any RTS mastermind knows there’s a science to build order. Do you churn out a tank rush, become an economic juggernaut, or go scouting? In my case, you try doing everything at once—and fail miserably. Supreme Commander’s maps are huge—even the two-player battlegrounds here measure 400 square kilometers— and encourage thought and exploration. The best course of action: Quickly get an economy off the ground and send out scouts to gather intel. An army needs energy and mass (the two in-game resources) to operate, and a quick look at the map shows where to set up mass extractors. Some key advice: Select your fi rst engineer, hold down the Shift key, and start stacking orders. Look for the mass collection hash marks on the map; and for every mass extractor you erect, order at least one generator. Quickly tag

resource spots and let your engineers work in the background while building
your army.
Stacking orders early enough—and smartly enough—is half the battle. Let’s say you drop down a factory and want to upgrade it to tech level 2. Click the upgrade button, and you can place a build request for tier-two tech. Then order some more units and request the tier-three upgrade. Instead of waiting around for idle engineer units or monitoring every individual event on the battlefi eld, you only need to focus on giving general directions while the A.I. follows through on the orders.


The way Taylor puts it: “Patton has to say to a guy, ‘Drive the tank over to the hill.’ And the guy comes back and says, ‘Now what?’ And Patton goes, ‘OK, now fuel it.’ And the guy comes back and goes, ‘Now what?’ ‘Put some bullets in the gun.’ He comes back later and says, ‘And now what?’ Patton goes, ‘Take those tanks, get ’em all ready, and attack that small town to the north.’” You’re supposed to be a supreme commander, not a babysitter. “Here, the commander is able to say all that in one fl uid sentence while the guy says, ‘Yes, sir. And I’ll be there by tomorrow afternoon.’” Supreme Commander instantly gives an estimated time of arrival for all your commands. Meanwhile, I create my fi rst scouting party to gather intel on my wily opponent— it’s time to set a course into unknown territory. I create a full loop by setting various waypoints, and an ETA timer tells me how long the loop will take to complete. Oops. I forgot to send a scout out to the northeast corner of the map. No prob. Hold down the Shift key and just drag a waypoint out to adjust the route. The ETA timer updates automatically, and I’m back in business.
Of course, that’s until I screw things up and make idiotic demands of my troops. Remember that whole build-order thing I was just talking about? Stupidly tapping a couple of upgrade buttons too often and too quickly sent my economy into a tailspin. My mass extractors all received orders to upgrade to level-three technologies right from the game’s start. Sure, it’ll yield a metric asston of mass once completed, but it was too much, too soon. With my first few scouts on patrol destroyed, I was out of cash, short on troops, and running out of time.

Forced into a turtling position, I quickly shut down the mass-extractor upgrades (and watch as the economy jumps back to life) while erecting some walls and point-laser defenses. Using my supreme commander unit as an extra set of engineering hands, I clear-cut some trees to build mass and energy collectors to stockpile resources for the fi ght ahead. I was about to get swarmed and had little time to react. Defensive positions! Laser turrets, tier two. Start producing shields for the inevitable nuke strike. Build a radar system. Start upgrading my supreme commander unit for battle (yes, command units can also be upgraded—be a better engineer or develop personal shields, for example). Order up some tech-level 3 Siege Assault bots to fi ght back. With my head back in the game, it was easy to appreciate everything happening. My artillery and defensive turrets tag anything entering radar range—or at least scare ’em away. When you target one unit to attack another in Supreme Commander,
there’s no guarantee you’ll hit it. Taylor chimes in,

“You don’t know if you’re going to miss, hit something else, or hit a tree and then the tree catches fi re, falls over, and hits a shield system instead.” Proper

physics decide the battle—physics that I wished to God would work in my favor right about now. I fi nally clear a path for my assault bots to locate and take out the missile silos. Launch detected. Crap. My shields absorb some of the damage, but it’s over. All but a few ragtag units get wiped from the map. I will have my revenge, but there is one thing I can promise: Losing the fi rst round won’t infl uence my opinion of the fi nal game.
Much.

CYBRAN NATION: “MONKEYLORD”
Intel: This monstrous spiderbot houses an extremely powerful microwave laser for short-range destruction. Prepped for resistance, it also has extremely thick armor and short-range antiair/antiground countermeasures.
Tactics: The “Monkeylord” (which doesn’t look anything like a monkey, by the way) is a
slow-moving unit that’s especially vulnerable to long-range bombardment or when traveling
through water.

THE AEON ILLUMINATE: GALACTIC COLOSSUS
Intel: The Colossus focuses quantum energy through its eye into a highly destructive, short-range beam attack. Upon death, the chest cavity breaks open and releases a highly unstable, incredibly volatile quantum energy “being” that quickly dissipates.
Tactics: The Colossus is extremely vulnerable to air and naval attacks.
0 comments

PC game / Strategy game based on the series of successful sci-fi novels by Frank Herbert and long-awaited sequel to the strategy game Dune (for Mega Drive and Amiga). The game boasts good design and playability. There are high-quality mini-movies incorporated into the game (John Rhys Jones is among the actors featured).
0 comments 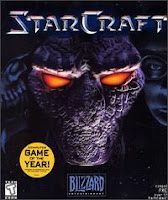 Following the success of their earlier games (namely WarCraft and Diablo), Blizzard Entertainment presents StarCraft, a real-time strategy space epic. Those familiar with the WarCraft series should feel at home here, as the interface and control scheme are similar to those of WarCraft II: Tides of Darkness. However, this is where the similarities end.

PC game / Red Alert Gold :Command & Conquer: Red Alert is the prequel to the original Command & Conquer, Tiberian Dawn. The story takes place many years before that of Tiberian Dawn. Peace had reigned for most of the 20th century. Until now. The mighty Soviet Empire has begun to "liberate" all of Europe. Cities fall and countries collapse before the overwhelming might of the Red Storm. The Allies are scrambling to meet the onslaught, but they have been caught b

Red alert 2 Command & Conquer: Red Alert 2 is the sequel to the three million selling, award winning real-time strategy game Red Alert. Red Alert 2 brings players back to the alternate universe of Red Alert with an onslaught of new units, tactics and strategies. As in the original, gamers can choose to lead Soviet or Allied forces. Soviet commanders will invade North America and try to claim it for mother Russia. Allied commanders will fight to push back the invaders and save liberty. Both sides are well armed with conventional weapons and experimental technology. The Soviets can engage in psychic warfare, wield nuclear weapons and fry all they survey with Tesla technology. Allied forces can teleport with chrono technology, conduct covert operations with the help of Gap Generators, and rain down lightning bolts through weather control. Supporting these high powered, advanced weapons are massive conventional forces, including armies, air power and navies. download game rapidshare megaupload sendspace yousendit turboupload
0 comments

PC game / year 2001/ review: Throne of Darkness is an excellent game. Its innovative combat system, addictive click and kill adventuring, and solid story make it a title that keeps reviewers up late. It makes no difference what has come before or what will come after. This game is a classic in its own right.
0 comments

expansion pack
PC game / Command an elite, multinational squad of special operatives against a hidden terrorist foe. In Raven Shield, the third installment to the wildly popular Rainbow Six series, RAINBOW races against time to stop terror and unravel a mystery. In locations around the world, from London to the Caribbean to Rio de Janeiro, lead team RAINBOW in a desperate effort to battle a madman and foil his doomsday plot.
0 comments

Third-Person 3D Action RPG
PC game / The Lord created Chaos, and divided it in two parts, the Light and the Darkness. He gave to them life and thought, and so were born the Spirit of Light and the Prince of Darkness. But the Prince held the unspoken desire of supplanting his Father. He learnt in secret the language of Creation and tried to create a new being. But the newborn would not accept the commands of the Prince of Darkness, and growing stronger, took part of his own essence and created terrible monsters and demons. The Lord and the Prince of Light tried to stop it, and they waged a great war. Gradually, the being was weakened and finally defeate

d, but after this the Father was exhausted, and withdrew into the depths of the Universe.

The younger Gods, proud of the victory, completed the creations of their Father, giving shape to the Sun, the Moon and the Earth. However, the Prince of Darkness attempted to corrupt the souls of the fledgling race of man, amidst the confusion of a new war incited by dark creatures of his own creation. The Earth was in a moment of extreme danger, so one of the younger daughters, Ianna, cast a powerful spell that expelled the gods from their dwelling place and kept the Earth closed to them. The Spirit of the Light went to the Sun and from there protected the Earth during the day. Ianna went to the Moon, to protect it during the night. Thus began the cycle of Day and Night, and a new age of balance was born over the Earth. But all of the gods' creations remained, leaving mankind to contend alone against the darksome fiends.
3 comments
PREVIOUS NEXT Home