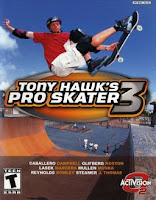 PC game / Skating fans and gamers of all sorts will spin, flip, grind, and sky their way to glory with more control and realism than ever before in this third full version of the explosively popular series of Tony Hawk skateboarding games. The Tony Hawk Pro Skater games established developer Neversoft as a universally respected big-name player in the industry and alone accounted for nearly 25% of Activision's total revenues in 2000. Many credit the franchise with legitimizing the extreme sports genre and this third edition once again infuses the title with outrageous tricks, engaging environments, and the distinct styles and personalities of some of the world's most talented and successful professional skaters.
0 comments

The storyline follows the World Fighting Tournament and its ten selected fighters. While returning characters such as Lau, Kage, Wolf, Jeffry, Akari, Jacky, Sarah, and Pai return, new kids Shun-di (though he is a barely a new kid at the age of 82) master of the drunken kung-fu style and Lion Rafale expert at Tourou-ken fighting for freedom from his possessive family.

With improved 3D Accelerators the game now takes on a new speed resembling that of the Arcade and Saturn versions. Game modes include Arcade, VS, Ranking, Portrait mode (where players can learn the games storyline), Expert mode (an interesting mode for real VF Hardcore), and Team Battle mode with two player Internet, direct, link and same screen multi-player options.
0 comments

Sword of the Stars: A Murder of Crows

The Hardy Boys: The Hidden Theft

Cryostasis: The Sleep of Reason

Rise of the Argonauts

Before Ryu, Lara, and Altair, there was the Prince. The acrobatic, wall climbing, trap-dodging, sword-swinging hero returns for another installment in the iconic Prince of Persia series. Crafted with an enhanced graphics engine that powered Assassin's Creed, the game emphasizes swift, agile movement across horizontal and vertical space in both indoor and outdoor settings. Prince of Persia also introduces a distinctive visual style. Characters and backgrounds are designed to resemble a vivid painting, one brought to life with striking animation. Prince of Persia is a single-player game, online users can download additional content to continue their exotic adventures.

Nikopol: Secrets of the Immortals

Left 4 Dead
Left 4 Dead is a cooperative survival horror first-person shooter pc game. It was developed by Turtle Rock Studios, which was purchased by Valve Corporation during development. The game uses Valve's proprietary Source engine, and is available for Microsoft Windows.

Multiwinia: Survival of the Flattest

Rhiannon: Curse of the Four Branches

Aces of the Galaxy

Murder in the Abbey

Dracula 3: The Path of the Dragon

Alone in the Dark

The Immortals of Terra

The Chronicles of Narnia: Prince Caspian

Overclocked: A History of Violence

the Settlers Rise Of An Empire The Eastern Realm

the Lost Crown: A Ghost-Hunting Adventure

Hard to be a God

Sins of a Solar Empire

the Hell in Vietnam

Limbo of the Lost

TAGAP: The Apocalyptic Game About Penguins

the History Channel: Battle for the Pacific

Avencast: Rise of the Mage

Thrillville: Off the Rails

the Chosen - Well of Souls

Neverwinter Nights 2: Mask of the Betrayer

Civilization IV: Beyond the Sword

the Monster Madness Battle for Suburbia

Pirates of the Caribbean: At World's End

Brothers in Arms: Road to Hill 30

Making History: The Calm & The Storm

Patriots: A Nation Under Fire

Runaway 2: The Dream Of The Turtle 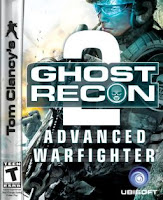 PC game / Taking place in the year 2014, Tom Clancy's Ghost Recon: Advanced Warfighter 2 finds the Ghost team once again fighting rebels from Mexico, only this time it's on the U.S. border between El Paso and Juárez. In order to prevent an imminent attack on American soil, players must lead a four-man team on an 11-mission campaign, with battles taking place in mountainous regions, deserts, rural areas, and small towns. A sophisticated graphics engine incorporates such elements as real-time day and night cycles, a dynamic weather system, and destructible environments.

The artificial intelligence of computer-controlled teammates has been an area of focus for this installment, with two new orders available to squad commanders: recon and assault. Issuing the recon order will have troops gathering intelligence and only attacking an enemy if fired upon, while the assault order has soldiers concentrating all their firepower on a specific target. The game also does away with the checkpoint system, allowing players to save their mission progress at any time instead of at specific intervals. more...>
2 comments
PREVIOUS NEXT Home