PC game / A.I.M. 2 is the sequel to the epic science fiction first-person action RPG
developed by SkyRiver Studios. Its compelling story and unique look lift off exactly where the original ended.
Changes in the control system have led to new opportunities for the inhabitants of the Polygon planet. Mechminds, advanced robots, opened new sectors and have started exploring them. With the course of time Mechminds and their culture have altered greatly with some old clans fading away as new ones evolved.
New clans led by Mechminds of the Fifth Generation are powerful and
well-organized formations with far-reaching plans. Powerful groups have different interests that often crossed, war broke out again. However this time it is the struggle not for mere control, this is struggle for survival. The clans want to eliminate the weaker ones standing in their way and will stop at nothing to dominate their enemies. To achieve their goals they use not only military means, but economic ones as well. As of now none of the clans has managed to achieve
complete victory.
You are a part of the oldest clan called the Reckoners, a dedicated group looking for the firstborn Mechmind of the Fifth Generation. This could be a chance to restore former might for your clan which has lost its power and even be victorious in the war.
0 comments
Email ThisBlogThis!Share to TwitterShare to Facebook

PC game / Premier Manager, the multi-million unit selling football management simulator is back for another season in the top flight. Playability is central to the ethos of Premier Manager and 08 offers all football fans, young and old, the most accessible entry point to the management genre. 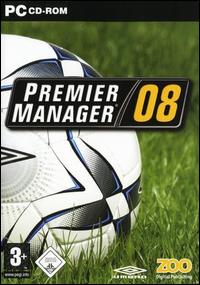 Review: It’s high time that EA Sports stepped up the quality of its PC productions, because porting last-gen console games just doesn’t cut it anymore. Madden 08 is pretty much a highres

version of the Xbox (not 360) game, littered with enough sugarcoated upgrades to distract you—until you dig deep into the gameplay. The new weapons feature, for example, is a great way to differentiate the superstars from the subpar stars, but this doesn’t make it any easier for one of those studs—or any player, really—to break up a pass or put a hit-stick lick on a ball carrier because the controls in those areas are plain unresponsive.

The game looks sharp, but closer inspection shows a lack of differentiation in the player models. The addition of smart routes that allow defenses to deny passes on first down is welcome, but throwing the deep ball still means far, far too many home-run receptions. In fact, QBs have no limits
on their ability to hurl the ball a mile—even while on the run—with a simple flick of the wrist. No windup necessary! Also of note: Throwing the red flag to challenge a referee’s call is plain busted; the zebras miss a handful of obvious calls, and they don’t fix them after going under the replay hood. But the game’s biggest sticking point is its A.I.—new-gen Madden underwent an overhaul, but you wouldn’t know it from playing this port. And the worst part is that you don’t have a choice: If you want NFL football on the PC, this is the only stop. It’s not a bad game, but it’s a shame this afterthought wasn’t better.
0 comments
Email ThisBlogThis!Share to TwitterShare to Facebook
PREVIOUS NEXT