Thrillville: Off the Rails

PC game / Thrillville: Off the Rails "lifts" up the family-friendly mix of gameplay from Thrillville with some of the most wildly creative roller-coaster concepts ever imagined, as well as new ways to communicate with park guests and a vast array of carnival games. Off the Rails lives up to its name with 20 death-defying rides so outrageous, they inspire the same word from every park visitor who sees them: "WHOA!" Build these incredible "WHOA Coasters" to leap from one track to another, launch through the air like cannonballs, blast through a burning rings of fire, and much, much more.
1 comments 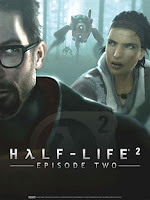 Whether in magazines or on message boards, "cinematic" is the game critics' weasel word. Sometimes we say it when we aren't sure what we want to say Usually, I understand it to mean specific moments when games aren't gamelike—when they stop —3 showing, so to speak and start telling. and when actors turn into audience. Why the word isn't pejorative when used this way probably involves movie envy and mistaken goose-and-gander assumptions about standard practice in one medium suiting the next Nonetheless, videogames learn lots from other media, and by imitating the everyday function ol film techniques instead of their exact form. Half-Life 2: Episode Two becomes movielike. but isn't a game that wants to be what it's not.

pc game /The firstborn commercial child of game design-school grads (and obvious beneficiary of valve's godfathering), Portal was to be a value-added bonus, a puzzle anthology played from first-person perspective with the assistance of a gimmick too good to neglect—though perhaps impossible to integrate in games like, well. Half-Life2. The Aperture Science Handheld Portal Device, an Acme-style doohickey and sister to the Zero-Point Energy Field Manipulator, generates wormholes. Left-clicking produces an entryway. right-dicking provides an exit, which means that anywhere in sight is also within reach. And provided the peg fits the hole, anything passes through—a description of level-design perdition (since developers want neither us nor items in their worlds ending up where they never intended) that accounts for Portafc sparsely populated, antiseptic spaces. And that"s fine, since nobody expects story from a spatial-reasoning exam. Only ftjrta' does tell a tale—and this is its departure point www.allpcgame.net
"Who are we, and why are we here in this white-walled labyrinth?' At the outset, it isn't important. The Aperture gadget dazzlingry different, distracts all attention, as does the fuzzy female voice that goads us on. Carry crates here, warp there—we do as we're told until the tasks turn lethal and "she" sounds more and more like 2001: A Space Odysse/s amok mainframe. At this point, one of many moving platforms malfunctions. What's behind its sanitized surface hints at the rabbit o hole's true dimensions. 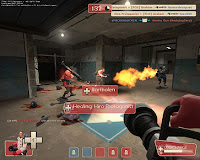 Awesome game overall. It makes good use of the 9 classes and it makes every one of them unique in both playstyle and gameplay. Nothing is unnecessary or excessive, besides some items and the gaming is extremely fast paced. It gets you worked up like no other and when played competitively, it is the most satisfying game in the world. This game is valve's best creation by far. It is humorous, but at the same time, intense.

the Chosen - Well of Souls

PC game / Choose your hero and journey forth in the ultimate action role-playing quest that pits you against an army of demons and devils like no other. Hell-bent and determined to take over the world, the powerful sorcerer Marcus Dominus Ingens has recruited the souls of ancient alchemists to aid in his destruction. Get ready for an unparalleled action role-playing experience that combines gruesome, action-packed battles with a deep, involving storyline set in the turn of the 19th century.
0 comments
PREVIOUS NEXT Home