PC game / Lost Vikings 2 use all of their abilities to solve the puzzles, and help them find their way home. 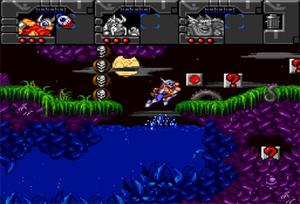 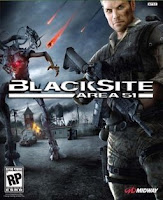 PC game / Players control a former Special Forces assassin named Aeran Pierce, who along with his AI-controlled squad, will battle an assortment of alien and mutant creatures threatening the small town of Rachel, Nevada. Morale plays a part in each teammate's attributes, with players rewarded for using tactics and punished for engaging enemy forces against overwhelming odds. Your squad's aim, fatigue, and desire to fight are all influenced by the decisions you make, which could spell the difference between a successful mission and a trip to the morgue. Commands given to the squad are mapped to a single button, allowing players to quickly order individuals to use a sniper rifle, plant explosives, or drive vehicles. The latter includes a choice of ATVs, HMMWVs, helicopters, and civilian automobiles. In addition to the cinematic single-player campaign, BlackSite features deathmatch, team deathmatch, capture the flag, siege, and other multiplayer options for up to 16 combatants.
0 comments
Email ThisBlogThis!Share to TwitterShare to Facebook

PC game / Need for Speed: ProStreet brings the underground street-racing scene into the light with sanctioned competitions held across the globe. Multiple events are held on such real-world tracks as Tokyo's Shuto Expressway, Willow Springs, and the Autobahn. The goal throughout each point-to-point or closed circuit course is to be crowned "street king" by defeating rivals in drag, grip, drift, and speed challenges. A wide assortment of cosmetic and performance enhancements are available to tune cars, and a real-time damage system means prized vehicles can actually be totaled during races.

The PS3, Xbox 360, and PC versions of the game allow users to custom design their rides on the Internet and then save their "blueprints" to an online profile for use in races. Another new online feature is the ability to create custom challenges called "race days," where players set the location, race type, car classes, and other variables before sending out invitations to friends. Need for Speed: ProStreet includes licensed car models from such auto manufacturers as Nissan, Subaru, BMW, Ford, Audi, Acura, Chrysler, Toyota, Mitsubishi, Mazda, and Volkswagen.

PC game / Gamers live the life of Beowulf, the legendary Norse warrior with the strength of 30 men who is torn between the nobility and brutality within him. Arrogant, self-serving and lustful for gold and glory, Beowulf journeys to Denmark 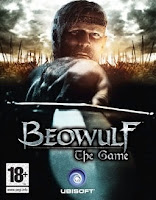 to destroy a bloodthirsty beast wreaking havoc on a frigid land. But evil persists, and Beowulf succumbs to its lure of even greater fame, quietly maneuvering to claim the Danish throne. As King, Beowulf must face the consequences of ambition, even as war descends on the realm. As Beowulf, players lead their men, called thanes, into battle, slay the Titans of a dying age and crush the enemies that threaten to annihilate both their kingdom and people. Only then, when Beowulf looks Destiny in the eye, will he know what kind of hero he has truly become. Army of up to 12 thanes to unlock as players increase their heroic experience (by saving thanes, killing giant monsters, etc.). Players use the thane army to their advantage by giving orders, assigning positions, tailoring weapons to the situation or enemy and by triggering in-game mechanisms. The thane army evolves with upgradeable weapons (swords, mace and spears), skills and abilities. Use legacy experience points to gain thanes, replace weapons and upgrade Carnal abilities. Carnal Power allows the use of stronger attacks and special weapons. Carnal upgrades include less daze after use and prolonged use of Carnal Fury. But if used too much, there will be grave consequences. Dynamic combat system including combos, parries and increasing skills as the player progresses. Grab ability allows Beowulf to hold on to walls or climb, as well as fight up close with visceral hand-to-hand combat against enemies and giant monsters. [Ubisoft]

PC game / Players assume the role of a futuristic warrior engaged in contests of intense shooting battles against skilled opponents, controlled either by human contestants online or by A.I. These contests are fought with the most powerful sci-fi

weapons and vehicles.Unparalleled graphical and physical realism from the latest Unreal Engine 3 technology delivers the most compelling First Person Shooter Experience to-date...online and offline. The weaponry is bigger and badder than ever. Destroy your opponent from a distance with the ever popular Link Gun or blast away at close range with the Bio Rifle. Battle against lightening fast A.I. in the deeper and richer single player tournament mode. Expanded Onslaught game type features two complete sets of high-tech vehicles, including the massive Leviathan, the terrifying Darkwalker, and a completely new way to get into the action...the Hoverboard. Fight side-by-side with or compete against new and returning characters from the UT franchise, all with enhanced abilities, extremely detailed looks and distinct personalities. Enhanced popular game types, including: Deathmatch, Team Deathmatch, Capture the Flag, and Instagib CTF and more. 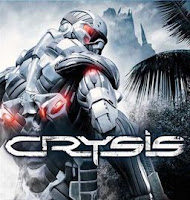 2 comments
Email ThisBlogThis!Share to TwitterShare to Facebook
PREVIOUS NEXT