review: Since indy games seem to be a rage (Audiophile) now-a-days I gave this game a try and was actually happy with it. (Audiophile) Let me start by explaining what this game is all about... 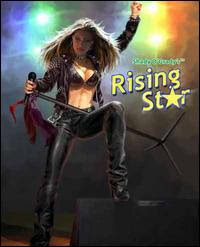 Lets start with the negative, Character (Audiophile) models aren't to great which is to be expected from an independent game. (Audiophile) Song's are written through this memory type game where you match tiles (Audiophile) with images on it to make a song. Writing out lyrics and stuff would (Audiophile) be much more fun. The game, while patched constantly, (Audiophile) is pretty buggy.

This is a fun game that if you can (Audiophile) find it for a download I definitely reccommend checking it out.