Pc Genre Role-Playing Styles Third-Person 3D Action RPG Developer Piranha Bytes Publisher Deep Silver Release Date 2009 Controls Keyboard /Mouse
Rating: 70/100
Risen www.allpcgame.net review
I have to make you sure that Risen makes you sit on your computer whole day. If you finish the game, you will back to your normal day activities. This is action rpg game where quests are more easy and its included more bloody fights with ogres, ghouls and Lizards. After Gothic series which is another rpg action game from same Pranha Bytes, i was waiting for Another good game from them. Risen is great for players who want a little action, advanture, and role playing in same game.

You have a duty to rescue the island from Titan which will sacrifice all people if it once rise to earth. And Gods wont help you, you are on your own. You will choose to be a mage or a fighter, a classic thing for rpg games. You steal, picklock, trade with golds and many more things to do in the game. You have one main character and once race, and you will make your own path collecting amulets, rings, armors, bows, crossbows, swords, axe, staff, shields and spears. I wish it was more including boot and magical weapons, because its not much like in the Morrowind. And game is short, i finished the game in 41 hours. Spells are really a little about 10 or 20, it seems like only to have fun casting them.
Graphics are ok, not much effective. However its enough for a rpg fan.
Controls are easy to get once you like the game. Fighting mode is easy to get, so everyone can play a rpg game on their home.
Even if its short and its not a gold classic, we know that we have a little rpg games on pc. So its worth to play if you are into games like Gothic, World of Warcraft, Diablo or Morrowind. No dragons or mystic creatures. So enjoy with wolf, boars, lizards! 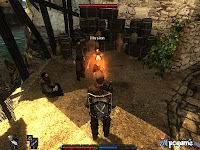 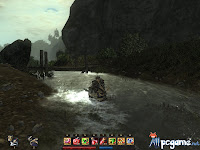 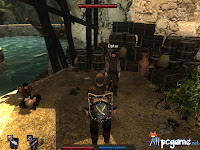 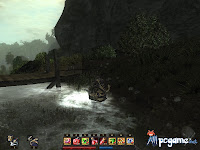 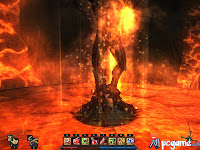 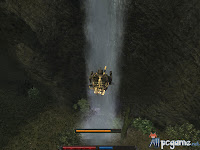 This is a very good review. I've been playing Risen since it came out and my character has attained level 8, and I've upgraded my weapons and armor. The game story line goes linear at the beginning, but the game open up later. Then you can tho what ever you want. For me this game is far better than Oblivion.