review: This game is very underappreciated (upgradeable sword) simply because it was hard to purchase anywhere, (reveal treasure) since the game's supply was very limited.

It contained revolutionary gameplay, (Battle six bosses within five distinct realms) a lot of different spells and some very different and funny worlds. (Cast powerful magic) The bosses were interesting and challenging, without being cockblocks. (destroy monster generators) Only thing drawing game down was the lack of story involved. (other surprises) Each world kinda had its own story, often a very shallow one. (slash enemies) The game contains a lot of clues which have to be solved in order to proceed etc. (new routes) Overall I really enjoyed this game. 88/100 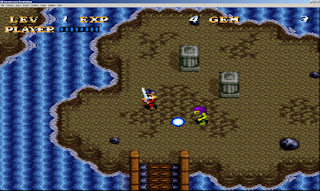