Die by the Sword

review: The story mode provides (swords & sorcery) a very basic story line - you and your girl are resting underneath the stars. (seven creepy environments) You are both amazing fighters, but when you are surprised (battle crafty monsters) by a raiding part of Kobolts...she is captured and u (brains as well as brawn) must rush to save her. She is going to be used in a ritual (multiplayer support 4 four players via LAN) of some sort and you must prevent this. 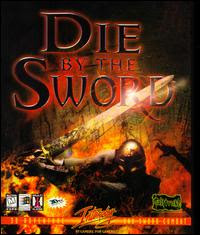 A unique and intuitive (melee weaponry) control system seems almost ancillary in many games these days. (3D fighter) Most genres have tried and true (raise your sword) control designs that have evolved over (charge headlong into battle) the years and we have all come to expect, and while we all (arena or tournament mode) often have our own little tweaks to these standard layouts (action-based puzzles, witty one-liners, swordplay) its rare we see a knew concept in control beyond a clever way (variety of settings) of accessing a menu or spell without slowing things down.

how much it cost, does all these top ten games cost money or are they all free. PLEASE TELL ME!

no. but you can get any game for free. just google TPB ;)