Dead Rising 2 takes the franchise to a new level of zombie-killing fun with tens of thousands of zombies, the all new gambling paradise of Fortune City to explore and conquer plus a host of new in-game objects that can all be used as deadly weapons to stave off the zombie assault. Dead Rising 2 is set several years after the infamous zombie invasion of Willamette. Unfortunately, the zombie virus was not contained at the conclusion of Dead Rising, spreading unchecked throughout the United States and Dead Rising 2 depicts a country where zombie outbreaks continue to strike. [Capcom] 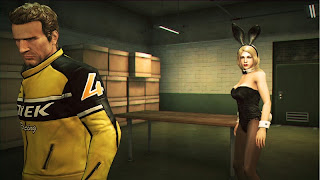