This is a adventure-platformer game for pc released on June 14, 2011. 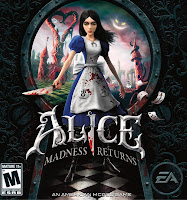 Madness Returns takes place ten years after the events of its predecessor, the same amount of time between the two games' releases. Alice was released from Rutledge's Insane Asylum at the end of the original game, and now lives in Victorian London under the care of a psychiatrist, where the traumatic memories of her parents' deaths in a fire continue to haunt her. Although she seemed stable for a decade, she now begins to experience previously repressed memories that indicate that the fire which claimed her parents' lives may not have been as accidental as she remembered; these memories will take the form of retcons to the existing backstory.
However, the stress caused by regaining these lost memories has caused her hallucinations and internal struggle to increase in severity, and she returns to Wonderland in hopes of security and comfort. Unfortunately, it has once again become warped by her growing insanity, and she must save its residents - and herself - from the evil that is taking over Wonderland and also embarks on finding the true cause of her family's mysterious deaths if she wishes to retain her precious sanity. 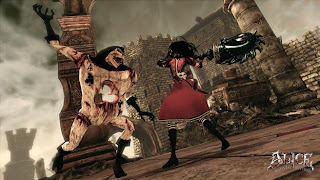 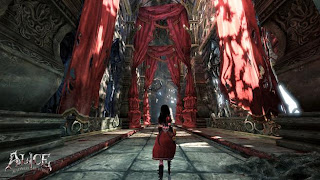