GameInfo: Red Faction: Armageddon is an upcoming 2011 third-person action video game developed by Volition, Inc. and published by THQ. It is the fourth installment in the Red Faction series, and is scheduled to be released for the Windows, PlayStation 3 and Xbox 360.

Armageddon will feature no competitive multiplayer modes. Instead it will focus on a Horde-mode style of game called Infestation. However, the game will carry over many other elements from its predecessor, Red Faction: Guerrilla, such as the focus on fully destructible environments. Unlike its predecessor which had the player liberating settlements from the totalitarian control of the corrupt Earth Defense Force, players must now reclaim cultist fortifications on the disaster-ravaged surface of the planet and defend colonists from hostile Martian creatures in the ancient mines and chasms beneath it, cleansing infestations from all structures and freeing humans from imprisonment in alien cocoons.
Guerrilla's open-world approach has been done away with, in exchange for more linear and directed gameplay, a better progression of the narrative, and a sense of suspense and tension when traversing the sometimes claustrophobic interiors in the game.
The game features a new co-operative Extermination mode, which has up to four players teaming up to fight against unrelenting waves of increasingly challenging alien attackers 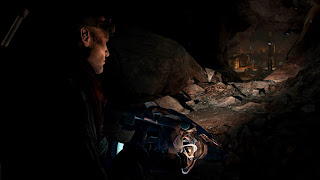 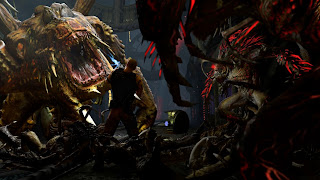 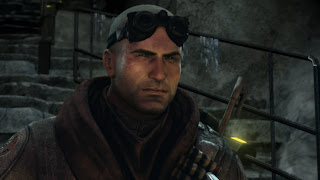 . The Adventures of Tintin: The Game (Action) Score: 50