GameInfo: - Risen 2 : Dark Waters begins in the harbor city of Caldera. The last vestiges of the Inquisition gathered in the fortress of crystal and are still trying to fight against the Titans. Unfortunately, sea monsters cause inconvenience and boats that were supposed to deliver major equipments are lost to the sea. The main character is the hero of the first Risen. However, he is now a broken man without illusions who turned to alcohol. He wears a patch over one eye that hides the Inquisitor monocle, obtained at the end of Risen. The game begins with Carlos (known from Risen) who asks the hero to help a ship that sank off the coast of the island. Among the survivors, there is another old friend: Patty. She is always in search of her father, the famous pirate Gregorius Emanuel Steelbeard, and rumor says he has found a way to sail the seas safely. They decide to team up to find him. 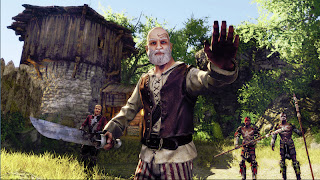 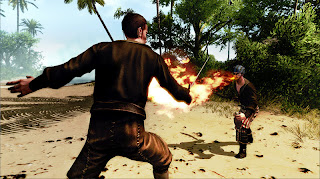