The last time I played Baldur’s Gate was more than 10 years ago, but after the first 10 hours spent with the Enhanced Edition from Overhaul Games, I am in love with the game once again, ready to explore all the areas of the game world, hunt down all secrets and try out as many combinations of characters as I can.

Baldur’s Gate is a must play for fans of the universe and the role-playing genre who have not played the classics or have kept away from them for too long.
When I say that I mean the original games, the EE edition for all its pompe is unfortunately very short of the mark set by the team from Overhaul Games. Sure, the limited level of detail, especially jarring when zooming in a little too far, might drive away those accustomed to Diablo 3 or Torchlight 2, but the gameplay of Baldur’s Gate is more than enough to compensate for the lack of glitzy looks, unfortunately the EE version of the game increases the confusion by introducing whole new levels of bugs and imbalances by improperly introducing the BG2 weapon proficiency system - one of examples being suggesting that katanas are a viable weapon when there are less then four buyable non magic blades, and not a single +1 in the whole game! Those who loved the original will be happy to return to the world of the Sword Coast and see all the love that BioWare infused in the areas, the characters, even the spell effects that might seem basic for modern players even if the game is unstable at this point.

The new cutsences, created by Nat Jones, are redone in a style that does not manage to capture the essence of the game and actually hurts the original gritty feeling. I am not as impressed by the voices that have been added to the game, which sound campy and at times even like they took several janitors and told them to scream into a mic. I sincerely hope that this release will give Overhaul Games the wake-up call they need in order to create a truly enchanced BG game. This one ladies and gentleman is broken and most certanly not worth 20 euros at this moment. 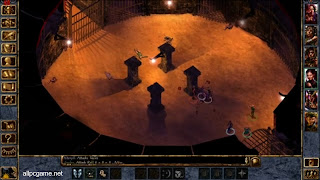 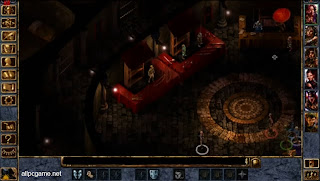 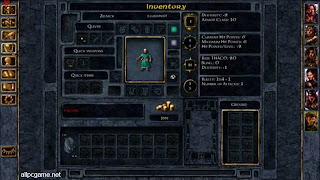