(INTRO)
Far Cry 2 was, while commercially successful, divisive game by Ubisoft that failed to recapture the magic of the original PC exclusive Far Cry (not the various console spin-offs), while Crytek, the developers of Far Cry, moved on to Crysis that revived and improved upon the spirit of Far Cry under EA (Of course Crytek later ran into a similar dismay with Crysis 2).

After several botched attempts to rekindle the popularity of their old franchises such as Silent Hunter, Prince of Persia and Splinter Cell, alongside the annual milking-fest of Assassin's Creed and huge backlash of 'Always-Online' DRM fiasco, the name Ubisoft is not exactly synonymous with creative change and progress.

Far Cry 2 was far cry from 'Far Cry' not because the setting was changed from tropical jungle to African jungle, but because the game was a drag to play and never maintained the consistent flow with tension and excitement from gameplay. The color palette was washed out and heinously brown, the world felt lukewarm and monotonous. And realistic but ultimately tedious chores that emulated the real life like far drive travel methods, cars breaking down for maintenance, guns jamming, malaria and it was a good FPS but a disappointing game at the same time that forgot how to be a fun game.

Is Far Cry 3 any different from 'business as usual' approach by the developers slash publishers who's been doing just that for better part of the past 10 years? Let me just say it out loud; Far Cry 3 is exactly the kind of the first person shooter for people who enjoyed the original Far Cry and Crysis.

The game starts with action right away just like the first one instead of puking and passing out over and over like the second one. You are an ordinary every man, a young college kid named Jason Brody and you are stranded in the pirates-infested remote Rook Islands with your brothers and friends after skydiving gone wrong and captured by a despicable psychotic pirate leader named Vaas. With no formal combat training, you narrowly escaped with your life and healed by a local named Dennis Rogers, and you slowly learn to be an efficient killer and take down all the pirates and Vaas and slowly reveal the politics of the Rook Islands that harbors a few intriguing plots that involve the handful of colorful characters and endless humanoids to kill.

The setting is moved back to the tropics, but this time, you are given the whole islands without any barrier instead of the sectioned off areas like the first one. And the game world is a huge open world consisted of two big islands and the vicinity with diverse topography and some unique landmarks and set pieces crowded with enemies and wild animals everywhere. There are also many indoor, underground and underwater actions, and plenty of intense scripted big set piece moments.

How refreshing is that there is a FPS that you cannot always go Rambo on? While the gunplay is rock solid and action is just as intense, you cannot always run and gun in Far Cry 3. Don't get me wrong, there are plenty of gun-toting action. But you must learn to be stealthy. In fact, running and gunning straight up would very often ends with your death. Stealth has to be your preferred Modus Opperandi if you want to survive for long. Luckily, the stealth approach is just as competent and rewarding as all out gunning approach. Each encounter with enemies is fight for your survival. You must learn how to use everything at your disposal to plan your route, something that was severely lacking in Far Cry 2. You need to survey your surrounding using your camera and methodically plan your course of action sneaking using your knife and bow or sniper rifle to shave off the enemy number, then with the perfectly timing all out shooting to maximize the damage. There can be many different methods of killing enemies using environment and wild animals. Enemy A.I. is very relentless. You wouldn't know how many times I wishfully uttered 'Cloak engaged, maximum armor' repeatedly. All in all, the gameplay feels much more tight and the main story is focused and scripted as if in linear corridor shooters, and that is a good thing.

Unlike the second game, it makes so much more sense to go around killing bad guys and cause mayhem and destruction precisely because you are stuck in isolated islands from the rest of civilization with those bad guys, and you gotta do what you gotta do to survive and escape from this hellhole. No more convoluted inter-factions politics, just actions, and no more monsters / aliens / zombies twist in the second half, thank you so much for that. You have several travel modes such as hang-glider, para-wings and parachute, many different vehicles and boats available.

The story is interesting, if nothing special, but it's also grittier, more violent and serious than the tongue in cheek campy first Far Cry. You will encounter several surreal drug-induced hallucination and psychological trips throughout the main story mission like Max Payne dream sequences or Arkham Asylum Scarecrow sequences. They wisely focus on the pure unadulterated FPS action with breakneck pace using much restricted and guided linear progress within the main storyline. Between each mission, you are free to roam around the open world. You can liberate the entire islands section by section by climbing up the radio towers in the world and survey each area, doing so opens up your map to reveal key locations in the given area, a la Assassin's Creed. Once you take down the area strongholds and clean up the bandits, the area become friendly. Opening up the map also makes many different weapons and equipments available and new side activities. Then you can engage in side quests and activities such as hunting, wanted reward, assassination, gambling, racing, etc. What stands out with all the side activities is that they all directly reward you with leveling up.

The robust crafting system lets you expand the various inventory capacities by hunting various wild animals scattered throughout the world. Weapons customizations are very diverse and deep. You gain XP points by killing hostiles and completing objectives, then you allocate those points to open up different skill perks and level up your abilities in form of ancient tribal tattoos. Action and maneuvering vehicles are very realistic and intense. The game world is bigger (10 times) than Far Cry 2, which was already huge, but it's also so much easier and fun to explore, thanks to many moving vehicles and fast travel system at all the safe houses you unlock.

The graphics are very impressive, among the best with Crysis series and Just Cause 2 on PC, with DirectX 11 compatibility and all the bells and whistles of PC specific options. Far Cry 3 Looks majestic on PC when you max all the possible options. Unfortunately there's no destructible environment, a minor letdown. The game also comes with a very competent map editor, just like the previous two and the first Crysis.

(DRM)
One time online activation via UPLAY, another proprietary DRM like STEAM and EA ORIGIN.

Ubisoft rectified all the shortcomings of Far Cry 2 by bringing back the core elements of Far Cry 1, infusing the things that worked in Far Cry 2 into Far Cry 3, and came out as a winner. It's now EA and Crytek's turn to correct the course with Crysis 3 to recapture the essence of Crysis 1 and Far Cry 1.

If you are a shooter fans but are looking for something different from the annual slugfest between Call of Duty and its wannabes and are more keen to first person action games like System Shock 2, Deus Ex, No One Lives Forever, Far Cry 1 and Crysis 1, look no further; this is the game you want to play. In my opinion, Far Cry 3 is not only better than Far Cry 2, but also better than Far Cry 1 and up there with Crysis, minus destructible environment and the nano-suit (oh, how I miss the suit), but Far Cry 3 does many things Crysis doesn't.

With a long, focused story progress and single player story campaign that last 20 to 30 hours, huge open world environment with bunch of side activities, intense and smart first person shooting action, nice stand-alone co-op story campaign that lasts 4-5 hours and fun multiplayer modes, Far Cry 3 redeems the franchise and Ubisoft from the past sins, if briefly until the next 'all-too-familiar' fiasco that will surely happen unless Ubisoft goes through the fundamental changes. But I am feeling very forgiving and immensely enjoying Far Cry 3 to think ahead that far for the moment. Far Cry 3 is the most impressive first step toward the redemption, and a great sign for things to come. Terrific job, Ubisoft! 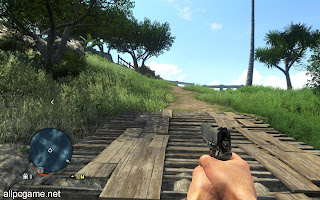 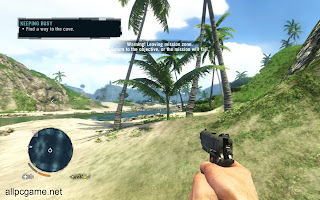 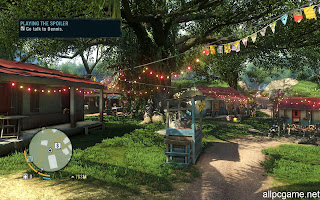 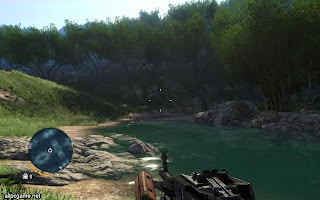 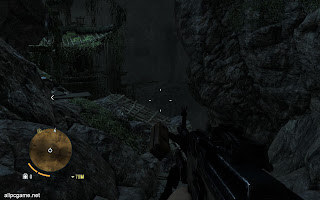 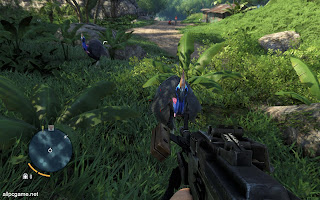