I saw GW1 in stores but never gave it a shot. I was playing other MMO's at the time and that was plenty. I decided to give GW2 a shot because it

looked different than those other games and I had hoped it would be a breath of fresh air. I am a very casual gamer that doesn't raid, or care about having all the best gear. I just enjoy questing, some dungeons, crafting and pvp here and there. This looked like the kind of game for me. Well, after playing for a month, I am disappointed. Maybe my expectations were too high but the game just didn't appeal to me like I thought it would.

First off, the graphics look great, no doubt about that. The characters, mobs, environment all look better than any other MMO that I have played. The thing is, it takes more than good looks to make a game fun. The character creation is fun and varied but for whatever reason, I don't like the look of some of the characters. The Asura and Sylvari just don't look good to me. Compared to the other races, they just look kind of "silly". I tried to make and play them and it just didn't work for me. That just left 3 races, two of which (Norn and Human) look too similar.

I have to say, I miss the quest hub style of play. I understand that you are supposed to go out and explore the world and find things to do, I get that. The problem is, I really don't find that much to do. The quests are far and few between and are not any more exciting than the go here, kill this, gather X number of these,that the other games on the market have. It's kind of cool to stumble into one of the dynamic events that occur in the zones, but after doing it the first time, it becomes tedious. The "dynamic" event always goes on at the same place and it's the same thing. It's kind of hard to feel like you are changing the world when these events keep happening. The whole idea of having vista's is somewhat lost on me. Go to an area, find the way to get on top of the mountain, building etc, but why? What is the purpose other than get a birds eye cinematic of the area. It just seems like pointless busy work to me.

I really enjoy crafting and while the crafting system here might be good, I find it hard to get very far in it. I like the idea of experimenting to learn new things as opposed to just training every few crafting levels. The problem I have is getting the materials to do the crafting. As I level I harvest, mine, and salvage anything that I can, but it's still not enough materials to advance the skills. There just don't seem to be enough nodes or drops out in the world. This leads to the next thing I don't care for-

Scaling down levels. I understand why this happens, and many people might like it, I don't. ArenaNet wants you to be able to go back into an old zone and be on the same level as the person you are helping. They don't want you going back as a much higher level and one shot everything. I understand this. The problem I have with this leads back to my crafting complaint. Like I said before, I enjoy crafting as much as anything. I like to level it as I go. In many MMO's, this one included, you out level the zone before you get enough materials to level up your craft. This wasn't a problem in other MMO's. You could go back to the zone that has what you need (ores, herbs, cloth etc) and be able to get your mats without too much fuss because your level was higher than than the mobs in the zone. You could mine, gather, or kill some mobs quickly to get that cloth you need. The scaling down of your level now makes it that much harder. Here you have leveled your character, learned new spells only to feel week as a kitten again when you go back to the lower zone. So you spend hours killing mobs that should be lower than you just to get your items you need. Sure, this makes the game longer and gives you more to do. The problem is that even though you could be a 20+ level character in a level 5 zone, your armor still takes damage which can be very expensive to repair, which leads to the next issue, lack of income.

Maybe I am doing something wrong but getting money in this game is a chore and a half. It takes forever to earn a decent amount of coin. In this game, 1 silver is a good amount of money. It's not easy to buy things you need when you don't have the coin to do so. Again, maybe I am missing something here but it just seems a little out of whack.

Lack of mounts is another issue I have with the game. Having to run back to an area you just came from can take quite a bit of time, time that could be better spent doing something else. At least having a mount would speed up the process. There doesn't need to be flying mounts but any kind of ground mount would be great. One nice thing is the waypoints. You can click on one that you have visited anywhere, anytime. While that is a nice feature, the problem is they cost money. In a game where money is hard to come by, spending them on waypoints will help keep you in the poor house for even longer. So, you have to weigh time vs money. Pay the fee to go to x on the map, or waste quite a bid of time running there. At least a mount would be a one time investment that would increase your travel time.

I don't really have any complaints with the skill system, pvp or dungeons. While nothing is spectacular, its decent. I haven't done much pvp but the little I did was fun. I do like how weapons affect your skills. It's nice to work with different combos to see what works best. It's a little confusing at first but nothing you don't learn from playing.

I know that many of the issues I pointed out are no big deal to a large amount of players, they are to me. Games should be fun and I just don't find this game to be that much fun. I finally logged back into the game yesterday after a two week break from it. I figured maybe I was just burnt out on the MMO in general. Well, it's not MMO burnout, it's just a dislike of GW2. It feels like ArenaNet has filled this game with "fluff" to make it a longer play experience. Vistas, having to explore to find quests, longer travel time, scaling down levels doesn't make it more fun, just more tedious. When I don't even want to log in and play, it's time to admit it wasn't for me. 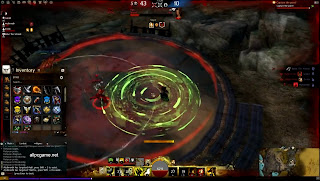 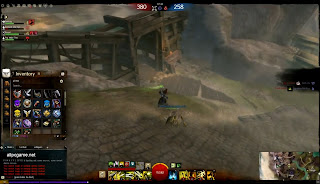