Frustrating and not fun describes my initial reaction to this game. First and foremost is the learning curve. from the start you spawn in the middle of a fight with nothing telling you what your objectives are, or even where your teammates are. Should you be unfortunate enough to spawn in the middle of a tank fight (as was my first experience) you feel helpless as you die, respawn, and die again as soon as you respawn.

An in-game "Newbie" area, some kind of zone where you go only when you first start a character would be greatly appreciated as throughout my first hour of gameplay I was consistantly pitted against players of level 38 or higher. The extremely large playing area makes snipers and tanks gods on the ground.
I have not been able to fly any of the aircraft, yet because everytime I spawn an air vehicle it is destroyed immediately. I'm not an avid FPS player by any stretch of the means- I grew up on Doom, Quake, and UT, and I manage about a 1:1 Kill to death ratio in CoD, and tend to play support roles in TF2. On average I have 2 kills and over 50 deaths in planet side due to spawn camping. spawning at a point that is distant from the battle just

means I get to run for 10 minutes to die from a sniper that I can't see. Playing a supporting role in PS2 is down right rage-inducing. Healing a friendly player may or may not reward XP, and unlike TF2, you cannot heal a heavy to keep them up while they sustain gunfire. Reviving fallen players is fairly pointless unless they died less than 2 seconds in front of you. The Engineer's turret is too inaccurate for the distances at which forces are regularly engaged in.

The tanks are done well- and in many cases are over-powered. many of the bases are designed so you can just snipe away at the enemy generator with your tank and destroy it without worry of being engaged by the defenders. Running over your own teammates results in a suicide for them, and no penalty for yourself- great if you just want to troll your own team, as is often the case. What this game direly needs is level segregation of some form- whether it's designated levels for zones where as you out level the zone you do less damage, or you cannot respawn into a zone you are out leveled for, something needs to give a new player some fudge-factor to learn how the game works besides dropping you straight into a fight that you are grossly under leveled for. 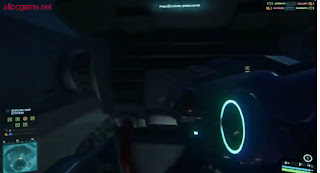 Totally Right ! I mean, this Map is huuuuge.. i ran over an hour trough the map. I my case i didnt saw enemy Players... I think the game needs a little fine tuning.

Don't feel bad. It gets worse once you learn the ropes. You figure out that, just like in any multiplayer game, hardcore clans rule the roost.

And don't feel bad about your planes getting destroyed immediately. If they weren't you'd have to experience the nightmarishly bad controls that you can't change much.

Your options for solo play are either follow the zerg or get farmed by the enemy zerg.

IF, on the other hand, you have a few friends to play with it's loads of fun. But so is billiards.