We were all clamoring for more Megaman, since Capcom gipped us with Legends 3, and Capcom delivered us this little parcel, with a pretty little bow and some nice wrapping paper. Though, it really wasn't Capcom, it was a fan who sent it, but slapped Capcom on the 'to/from' box.

That's both good and bad, good because they accepted this fan submission for development, bad because it's fan game. To put it bluntly, this game is broken. The only reason it's worth playing is the fact that it's free. I played through 3 bosses. (That was always the decision point for me.) I beat Chun-Li, but only after dying 3 times, then I fought Rose who was utterly cheap, and finally Ryu, who took no damage until he stopped spin-kicking.

I'm not the biggest or best Megaman fan, but I can beat all of the NES games fairly easily, and they're hard as **** I couldn't even damage Ryu or Rose. Anyway, the levels are short and boring and the bosses are impossible to hit. Maybe I just suck at this game, maybe it's a widespread issue, but when you can't hit an enemy, I call that broken. 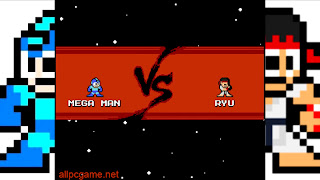 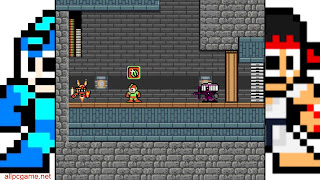 THis game is easy, if you play Megaman Zero, it more harder... I love this game. I killed Ryu in 2 minutes.