I managed to acquire this DLC through the season pass and admittedly felt supremely disappointed with it. I knew it wasn't going to be as good as Torgues due to well, that one being just amazingly fun and 2K's batting average. It was a supreme disappointment.

The first problem you encounter with it is the new Catch-A-Boat system, which creates a new vehicle specifically for that area and is limited to that area alone.
The skins you find on the majority of the baddies there only work for the boat and not your Bandit Technical or Runner. That irked me to no end having to once again gather skins I've already acquired for the other two vehicles. Grinding kills, ho!

The second problem with this DLC is it's admittedly short main quest line and limited side-quests. Torgue's was filled with side quests, fun achievements, and replayable battles. This DLC offers only a few compared to that and the path to get to any of the baddie areas to reconquer them is filled with a rather annoying mini-boss which revives all of it's companions. It wouldn't be too annoying if they actually stood out a bit more when in their more powerful form. In the weaker versions in playthrough 1, I noticed many of them only due to their elemental adaptation and that was still easy to miss. The raid bosses were pretty much grindfests and not very fun to play, especially considering you have to run around the entire island just to summon one of them.

The third problem is the lack of new materials. Beyond the fan boat, skins, and a few shoddy Jakobs {I should know, considering I am still using my Purple Jakob's Pistol which outclassed that poor excuse for a level 50 the game gave me as a reward for doing quests here}. There is no new styles of items nor particular funny names.

The final problem with this DLC is of course the dialogue. A DLC could be easily saved in Borderlands if it had some witty or humorous dialogue. There was little to be had. The villian that appeared was pathetic to say the least, offering maybe a pity chuckle but not a true guffaw. Claptrap didn't do much beyond what he normally does, and Sir Hammerlock just basically sits there for the majority of the DLC, as short as it is.

In short, don't waste your money on this specific DLC unless you are buying the season pass. Go buy the Mechromancer, Torgue's Tournament, or Captain Scarlet's DLC instead. Money far better spent. 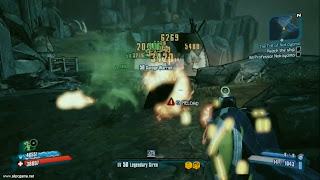 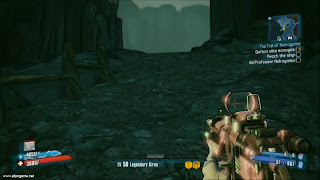