I have wanted a Great War wargame for some time now. Those currently on the market just did not appeal to me. I had a feeling this would be the game to fill that void. Man on man was my gut feeling right on the mark. First the graphics are very nice, especially for a wargame. The earlier Commander games are bit rough in the looks department, but not Commander the Great War. Music fits the time period very well. CTGW is very easy to learn, but complex in strategy.

The AI is very good. If you leave an opening the AI will take advantage of it and make you suffer. Trench warfare is modeled perfectly. Trying to break through the front line can be very difficult. The same as it was during the war. Offensive operations take planning. Trying to blast your way thru the enemy without considering artillery support and ammunition will just lead to defeat. In this game as during the war artillery is king. Diplomacy, production and research are simplified, but don't let that worry you. The focus here is the fighting. The PBEM system is fantastic. This game can be played in higher resolutions, even in window mode. I play at 1920x1080. CTGW is rock stable on my computer. 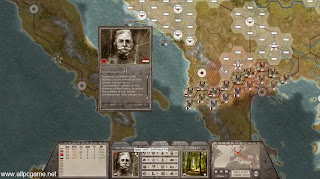 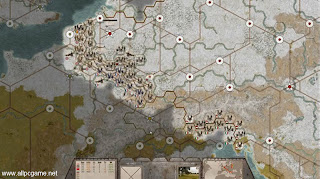