The original Dead Space will always be remembered as a game that scares the crap out of you and as much as I loved the first two titles, this one falls short in terms of atmosphere. With that being said, everything else feels a lot better in Dead Space 3. The game feels more fast paced than the first two titles and you are never given a moment to rest or even think of what weapon to choose from. I found myself looking behind most of the time because I was so scared of someone coming after me and scaring the crap out of me :D.
After having completed the game, I definitely feel like the game was extremely well made and the fans of the original Dead Space will absolutely love this game. The graphics are superb and there are some scenes that really stand out in the game. You will know what I'm talking about when you play the game. The sound is what makes this game stand out from every other game out there. I cannot explain how realistic the sound in this game is. You will have to play the game to find out because there's no word to describe how great the sound is.

It's a bit scary how real everything looks in this game with high level of detail in both the environment and characters. The character animations are some of the best I have seen in my life. One of the things that make this game such an incredible experience is the lighting, environment and the artists have done an incredible job at making this game feel like a real place. Some of the environments in the game remind me of Doom 3 which is great because I loved Doom 3. There are some portions of the game where you just have to stop, look around and just absorb all the details that is around you.

The sound in this game does an amazing job at creating an incredible atmosphere of fear and tension throughout the game. There were some moments where I became so scared because I kept hearing squishy sounds coming from the air vent but I didn't know where exactly that I almost ran away from the computer :D. I honestly believe that the sound in this game is its best and strongest point.

The gameplay in Dead Space is excellent and it gives you a variety of interesting guns. The controls feel great and fluid for most of the time but there were some moments when you get crowded by monsters and it's hard to focus. Creatures are killed easily when you shoot off their limbs but usually take a lot of hits if you're just aiming for the body so it lends a whole strategic kind of thing to the mayhem. The gameplay is similar to Dead Space 2 so that's nice.

Overall, I found Dead Space 3 to be an improvement from Dead Space 2. It has amazing graphics, a great story, and one of the most realistic sound experiences you will ever find in a game. The only negative that I can think of is that I found the original Dead Space game to be creepier than Dead Space 3 but that doesn't mean Dead Space 3 isn't creepy because it is. I definitely recommend it to the fans who loved the first two titles because Dead Space 3 will make you crap your pants. I give this game a 80/100 even though I didn't find it to be as creepy as the original game. 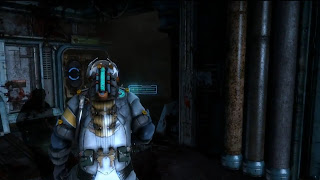 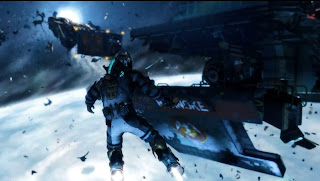