Dragonborn for Skyrim is a huge step forward from Dawnguard. Not only does it improve on being a better polished DLC, it also improves on entertainment and game play. Dragonborn is well worth the twenty dollar pay. From the beginning of Dragonborn you feel as if your money was well spent. Now you have a new area to explore, new enemies, new weapons, new armor, new shouts, new skills, and of course, new quests.
Returning to Morrowind is also a pleasant surprise for people who have played Elder Scrolls 3. New material like Stahlrim allows for stronger armor for those who do not have Daedric or Dragon armor. Many enemies like lurkers add a new feeling to the experience although some enemies, like burnt spriggans, feel like a rehash. Some more advanced players may find a challenge in a new enemy named Karstaag who is one of the most difficult bosses I've ever fought in a Bethesda game.

The only disappointments about this DLC would have to be the main story quests and dragon riding. While the story is interesting, it feels rush and is very short, showing me that Bethesda has relied on side quests to help keep the player entertained, which is a shame. Dragon riding is practically useless. The dragon flies in a very small circular pattern and you cannot control the beast whatsoever. Controls for riding the dragon are awkward and hard to remember. Overall, Dragonborn is a major success for Skyrim showing there is potential for the DLC. If you are looking for a true expansion that will hardly disappoint you, I suggest buying Dragonborn the first chance you have twenty dollars to spend. 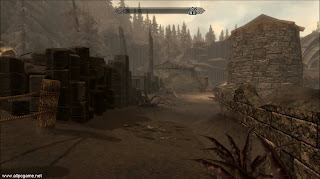 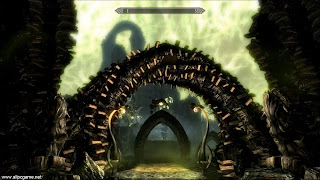