I wasn't expecting much since it's been forever since there's been a good Tomb Raider game but man this game is good! Sadly nowadays you expect most multiplatform PC games to be terrible console ports and I fully expected Tomb Raider to be that but it's not. To say this game looks gorgeous would be an understatement. Tomb Raider is right up there with some of the best looking PC games to date. Lara Crofts face is just stunning to look at and the game environment is just spectacular. They did such an amazing job creating so many different game environments within the world!

Now for some of the negatives:
You can't run Tessellation at all otherwise you will completely freeze the game or crash your computer. The TressFX feature, although cool, is pretty buggy at times and it just destroys your frame rates. The quick-time events are rather annoying because you need to be really fast otherwise you die and then you keep repeating it till you finally pass it. You will be cursing the game because there's a lot of QTE events and you'll most likely fail a lot of them numerous times.

Overall, I'm so glad I purchased this game. This is most likely as close to getting Uncharted on PC as we will ever get! If you've played Uncharted before you will absolutely love this re-imagining of Tomb Raider. It's been so long since I've played a game this good and it absolutely reinvigorates my desire to play single player games again. 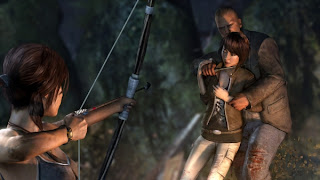 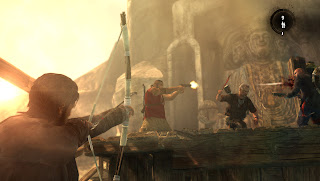 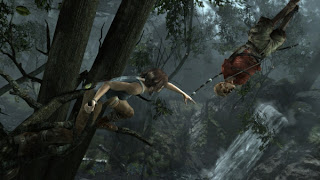