I looked forward to this game. It had a good deal for pre-order (you get the original game) and the price was not too terrible either. Unfortunately, I am yet to play the original game, although it has been downloaded on my computer. When I start the game, the first menu that appears is the one for "create online profile". That doesn't sound too bad but that is the only screen you will ever see because the only other option is to quit the game. So, needless to say, I feel cheated because of that. I contacted Steam and numerous forums but to no avail.

Sniper Ghost Warrior 2 is an average game at best. There are no innovations that will blow your mind. Bullet camera is a standard by now so I can't give them a plus on that addition. I also don't think bullet ballistics makes this game unique because that has been around for a while. In comparison, for example, Sniper Elite and BF3 do a better job in terms of providing a more realistic sniping experience. Voice acting in English is average, almost cliche. Voice acting in Bosnian, however, is absolutely dreadful. I know because I am actually a native Bosnian speaker. Fact that you can't pick up your foe's gear is beyond one's comprehension. My biggest woe with this game is the multiplayer. I don't know what to say on it becasue it is not possible to connect and play. I tried on numerous occasions with no success. There are only a few servers available. In brief, I do not recommend this game for a full retail price. Save your money, wait until they make the multiplayer actualy playable and then give it a go. My apologies if this review seemed a bit general. I tried to avoid any specific "in-game" observations that would spoil the experience for those of you considering playing this game. Good luck and game on!!! 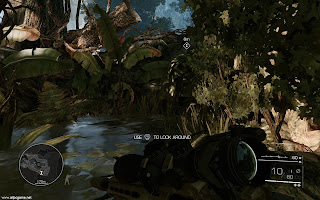 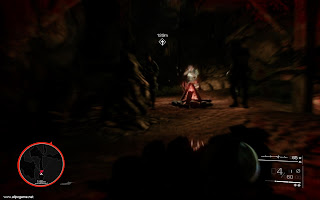 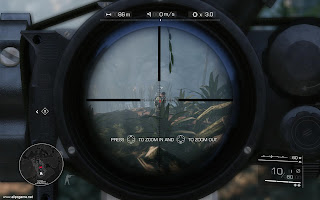