The thing that really stood out to me about this game is it's atmosphere. The level creators went to painstaking detail to make this a believable world. Things you'll encounter are dusty, cramped corridors, spider lairs where webs are everywhere and they slow you down, little spiders can be seen on the webs scurrying to the ceiling as you approach and the bigger spiders are horrifying (don't play this game if you have arachnophobia), makeshift "villages" in the metro tunnels filled with people who carry on conversations about their lives and I'm not just talking a sentence or two, you can stop and listen sometimes for several minutes to a conversation. A theater, a strip club (complete with full upper nudity and the probably the most realistic looking boobs yet in a game), sewers, tunnels, catacombs, the list goes on and that's just what's underground.

What's above ground looks possibly even more impressive. The cities that were wiped out by the nuclear holocaust look just like you would imagine they would. Corroded husks of old buses, airplanes and cars carry the skeletons of the poor souls caught in the blast, the vegetation looks great, the terrain feels natural. And the most impressive thing was the weather. This game has bar-none the best weather effects of any video game yet. You really feel like you are in a raging storm with the way the wind whips the rain and actually makes you feel somewhat off balance and alters your aim as well. Lightning illuminates the dark sky as you hear the deep moan of some distant beast. Water and mud spatter the lens of your gas mask and you have to wipe it off so you can see where you're going. You can really tell they wanted the entire world of this game to feel grimy, disheveled and war-torn and they pulled it off perfectly. You won't find generic, blank walls or floors. Instead they'll have cracks in the concrete, rebar sticking out, dirt on them, grass growing through, vines hanging down, etc. Nearly every inch of every surface has an incredible amount of detail and realism.

Combat's not too different from most first person shooters. Just like with Metro 2033, ammo is scarce here especially in Ranger mode. More than once I found myself completely out of ammo for both of my guns and at times I'd have to revert to my last save to find a way to spend less ammo. Stealth plays a big part in this game and it's fairly straightforward. A blue light on your watch lets you know whether you are hidden or illuminated and you can literally walk right up to enemies in the dark and they won't know you're there. Guns feel and sound decent, nothing that hasn't been done before. Guns can be upgraded by spending bullets (currency) at vendors, though at times it seems like a waste because you'll often find customized guns that are the same or better than what you just upgraded on the corpses of the enemies you kill.

The storyline is a little bizarre but it's good and not too difficult to follow. My biggest gripes with the game were that in Ranger Mode it was often confusing as to what you were supposed to do in some situations. For example in one boss fight you have to spend just about every bullet you have to bring down the boss, then in the next boss fight you don't have to spend any ammo at all but rather lure the boss into ramming the support columns of the room you're in, but the game doesn't let you know that in any way. Without knowing this you'll end up dumping all of your precious ammo into a boss when no amount of ammo in the world would kill him. There was also one particularly tough "wave defense" section that I died on no less than 50 times and with no way to change which guns I had I was stuck with guns that didn't suit that challenge very well at all. To beat this section I finally had to find an exploit by hiding on a ledge where the enemies couldn't reach me and waiting out the timer on the challenge until I could escape safely. I know Ranger mode is supposed to be hard but if a seasoned gamer is dying 50+ times on one section that's bad design in my opinion.

It took me roughly 10 hours to finish the game, which is a touch short but all 10 hours were great. I would definitely recommend this game and for best results play it at night, with headphones on and crank the sound. 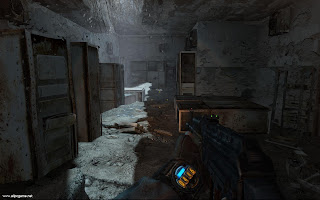 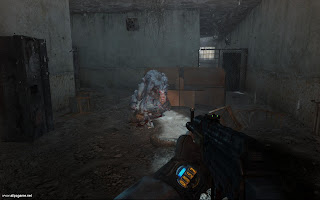 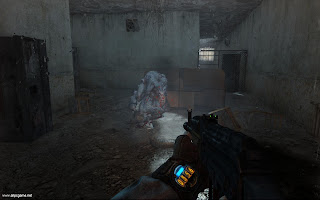