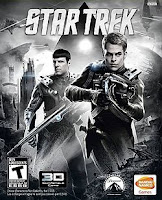 I've played a lot of Star Trek games in my life. I've been through the greats (Elite Force series) and the not-so-greats (STO anyone?). Star Trek's latest game, the first for the reboot timeline, is sadly in the latter category.

Let me start with the redeeming qualities. First, it's a decent storyline. I love the connections to the original series; the re-imagined Gorn make decent enemies; and it's about time you get to play as Kirk and Spock. The game play itself is okay at times: good space exterior levels (I appreciate the 360-style levels) and, for the most part, the cover and climbing system is passable. Finally, the best part for me is the interior shots of the Enterprise. I'm a techno-geek at heart: I like exploring space ships. I know some people dislike the redesigned Enterprise, but I grew up with the Enterprise-D/Enterprise-E. The original Enterprise never made much sense to me, so I appreciate the redesign.

Those highlights alone warrant two out of five stars. Unfortunately, everything else is lack luster. I was surprised by the graphic quality. Granted, a 5GB download is nice, but I can't help but feel like shortcuts were taken with the graphics when you compare them to modern standards. It gave me the same feeling I had when playing Bridge Commander for the first time: surely the technology is better than this? Beyond this, the graphics fail to capture the artistic essence that the 2009 and (presumably) the 2013 films bring. Yes, they're computer games, but you can't tell me they can't achieve an artistic quality in their own right when games like the Halo, Gears of War, and Mass Effect series continue to break that mold.

More so, the storyline feels like it wants to fall back into the typical Star Trek "random mission action" trap. The 2009 movie obviously had the distinction of being an origin storyline that kicked off an entire new timeline. This game had the potential to explore many of the ramifications of where the movie left off: the destruction of Vulcan, the Enterprise's mission after Earth was almost destroyed, etc. Instead, it waters down these elements to focus on yet another action scene where the green aliens must die.

Finally, some of the gameplay issues are hardly excusable. Several puzzles took extra time in either figuring out the goal or confusing controls. Some tasks/screens had no obvious exit control or menu: I had to spend XP to upgrade just so I could exit the upgrade screen, and there is no obvious way to drop power cells. The AI driving the alt character (Kirk or Spock depending on who you're playing) is hardly solid. Half of the commands you send to the alt character are either ignored or require the character to be within a few feet of a panel, door, or enemy. I even had to restart a checkpoint a few times in joint tasks where the alt character never came and I was stuck: joint hacking and climbing into roof access points come to mind. The cover and climb system is rudimentary compared to more notable examples. What's more, a few tasks were complicated by slightly missed ledges or cover points that my character refused to enter/climb.

Overall, I was extremely disappointed with this game. I had high hopes, but it not only fails to live up to what I loved about the new movie(s), but also what I love about historic Star Trek games.
so-greats (STO anyone?). Star Trek's latest game, the first for the reboot timeline, is sadly in the latter category. 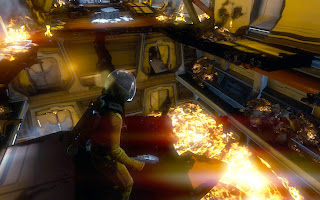 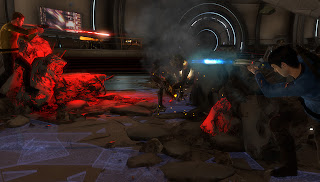 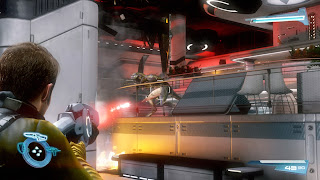 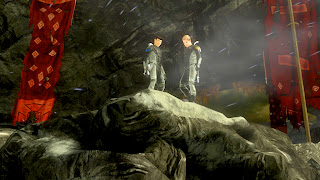