The game is a direct clone of the original Diablo series...but lacks any amount of depth in most areas. Though they have done a great job of capturing the look of the Marvel Heroes..thats pretty much all this game has done. the core game has enough content that you will complete it within your first 20-22 levels... then it becomes a tedious grind as you work your way to 60 using not the open world you level in...but standing around running your short repeats of boss fights at mission terminals.

Skill trees are shallow, and odds are every person playing the same hero, will have the exact same setup. This is because Gazillion decided to lock re-specing your hero in their cash shop...making the idea of experimenting with builds (one of the main hooks in the Diablo series) an expensive one at $5 bucks a pop. The "retcon" as it it is called does have a very very small chance at dropping in game, but checking in the forums, many, many people have played up to level 30+ already, and never gotten one...not that a single one would be much good anyhow. And since you can only have one of each hero...and their is no re rolling..you are stuck with any skills you chose, or you must pay them. 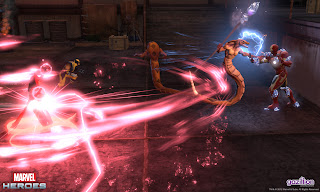 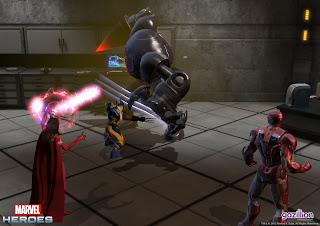 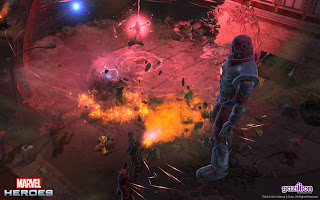