Remember Me is an action/melee/platformer in every sense of the word. I've had a fun time playing this game and thought I'd break down my thoughts of why this is so.

Combat: I really like the customization feature of being able to select different moves (Pressens) with different benefits (power, regen, chain, and cooldown) and pick what combos are most comfortable for you personally as a player to pull off.
You will learn additional moves as you go along, however the way this is done here is far from rpg-style gameplay; so do not expect that going in. You cannot button mash your combos as the game requires that you properly time yourself from one hit to the next. This, I think, has lead to a perception that the controls are unresponsive because the timing window from one hit to the next is very small. But, once I got the rhythm of a combo down I rarely had a problem finishing it. You fight a lot of multiple enemies, placed in arena-like portions of the map. Enemies tend to group up and their attacks will break your combos, so it is important that you plan ahead, gain space on individual enemies, dodge, and look for vulnerable openings. Sometimes, this is easier said than done as some enemies can leap from walls, block attacks, and so forth. If you just jump into a big group and start swinging or get yourself cornered, you'll get floored pretty quickly on any difficulty. Your special S-Pressens and your arm-mounted Spammer can also be great assets in the right situations; allowing you to turn robots on their masters and stun enemies for periods of time. All in all, the combat requires you to pay attention, be creative, memorize the rhythm of your combos, and think.

The World: NeoParis is an atmospheric and beautiful place. It really is a sight for the eyes. Familiar Parisian landmarks and architecture are spread throughout a world of flying drones, cables, slums, and futuristic skyscrapers. It is, unfortunately, linear. Not a great deal of open-world happens here. However, your objectives are always clear and helpful orange arrows give you tips on where to leap or climb to next. The game does hold your hand when it comes to directions and some gamers may feel it insults their intelligence which I can completely respect. I found the directional prompts useful largely because I didn't want to spend forever hanging from a pipe wondering where to go or what to do next. The non-enemy, non-essential NPCS do not interact with you very much. Some are busy in conversation with other NPCs, others talk to themselves, and some will give you a "I don't have time to chat" in one version or another. As long as you don't have a strong desire to be a social butterfly with NPCs, this means very little.

Collectibles: Like them or hate them, there are a few different collectibles to find in the game. Some, like the Mnemist Memories, give you information and backstory. Others, like SAT Patches, boost your health after every group of five that you find (which you'll occasionally get hints for via holo-screens). Despite being a linear game, collectibles are cleverly hidden around piles of trash, in building crannies, and sometimes behind shutters that you can open with your Spammer. I personally love to find stuff so having multiple collectibles was a great experience for me.

Voice Acting/Characters: Overall, not bad. The only hiccups I noticed is that Nilin's lips don't always sync properly when talking to Edge over the comm in her ear. The dialogue itself wasn't Shakespearean, but it was pretty well done, clearly heard, conveyed believable emotion for the most part, and suited it's purpose. Nilin is the only person in the game that really gets fleshed out as a character, but the devs did a nice job of making her a complex individual that is both driven yet also conflicted. It doesn't help of course that she has lost her memory right from the get-go and has to slowly work it back; forcing her to question herself and her decisions particularly during cutscenes.

Memory Remixing: This is a truely unique feature. You are able, at set parts of the game, to change the events recorded in someone's memory....or even accidentally glitch-out their memory. It basically works like a puzzle: You have to find the right things to change in the right order to get the desired result and complete your objective. Though you don't get these opportunities often enough, as has been one of the recurring criticisms, it's a very enjoyable part of the experience.

Achievements: If you're an achievement getter, prepare to be challenged. As a forewarning, snagging all of the achievements does require multiple play-throughs. But for the size of a game like this, it's not all that taxing.

Overall, this is my favorite IP so far this year and I love the theme. Though the game is certainly not without it's shortcomings, it's a unique experience with a unique protagonist. If they ever made a sequel and added a bit more gameplay depth, remixing, or maybe some flexible decision making here or there, I could see this becoming one of my all-time favorites. 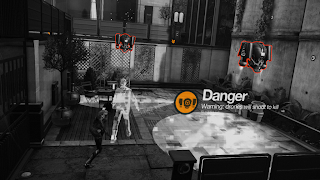 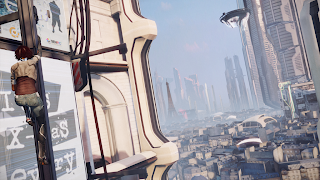 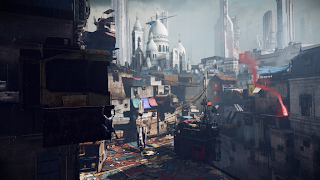