This game is for the ultra-nerdy and/or cycling fanatic only. I'm the former, not the latter.

PCM is a very forgiving cycling team management game where you become the owner of a team of cyclists who participate in actual cycling events around the world. You can either participate by  matching/managing your riders during an actual 3D race or simulate the race and let the computer crunch the numbers. Hint: you always want to be in control of the action for best results.

Here's the nerdy part: in addition to the action of the races, you also have to manage everything from the signing of cyclists to the scheduling of both races and training sessions, to the wheels on the bikes, to the exhaustion level of your riders to their interest in participating in the Tour de France. There are numbers EVERYWHERE.

It's micromanagement optional, but macro-managment mandatory. There are particular things that you must be involved with, such as signing up for races. This would be annoying to someone who is just looking to race.

I'm a huge nerd, so this game is right up my alley. It's like franchise mode in Madden with draft turned on but on crack. And, if you don't know anything about the world of competitive cycling, you have no choice but to learn the terminology. There's not much; you just need to be willing.

Pros include nice graphics, in-race management is fantastic, micromanagement is very in depth, smart AI, realistic replicas of real-life courses, and a 9 out of 10 on the interface.

Cons include the game starts you in the deep end and expects you to swim, the riders often plow through one another during the race which is sad, and the sponsorship system needs serious work. Also, the game is clearly designed for on-line multiplayer, so single player is a little disjointed. Finally, there's that 1 out of 10 in interface that makes roster management harder than it should be.

I'm straight-up addicted to this thing, which is a shame because I have like three other games to review. It's complex and in depth and gets the blood flowing when it's time to race. There are aspects of cycling that I don't understand, however, I still highly recommend this game to anyone who likes database-fiddling games or knows the competitive-cycling scene. 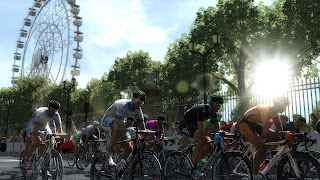 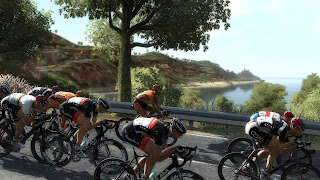