Call of Duty: Black Ops II's Vengeance DLC provides the usual four multiplayer maps and one Zombies map, with another bonus weapon, the new Ray Gun Mark II, for Zombies. The multiplayer maps were decent, with Rush being my favorite, but the maps didn't quite interest me as much as the previous DLC did. When the Uprising DLC provided the map Studio, which was a remake of the Firing Range stage from Black Ops, I thought that was a cool idea, but I did not want Treyarch to get in a habit of recycling old Black Ops maps and setting them out new DLC.

They had done so again with the map Uplink, a remake of the Summit map without the snow and in a futuristic setting. If Treyarch are going to add Black Ops remade maps they should at least provide 4 original maps and then the additional level. Buried, the new Zombies map, is a fun new addition to the Zombies series. While still not as good as the older Black Ops/World at War maps, this map makes it less confusing/easier to understand, and the new Ray Gun weapon is fun to use. Overall, Black Ops II's Vengeance has two below average multiplayer maps, two good maps where one is recycled from the original Black Ops, and an entertaining, easier Zombies map featuring the new powerful Ray Gun weapon. 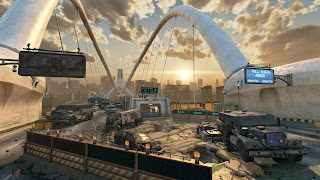 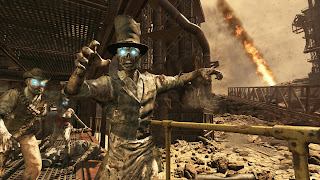