Splinter Cell: Blacklist is the latest installment in the beloved series. With Splinter Cell Conviction, Ubisoft decided to make the game less about stealth and more about brute force. Sure, there was the option at times of using stealth but I never felt the need to use it. With Blacklist however, stealth plays a much bigger role. Gone are the days when it was ok to charge headlong into a room emptying clip after clip on enemies. While I enjoyed Conviction, Blacklist takes all the good parts of Conviction and adds so much more to it.

For a game bearing Tom Clancy's name, the plot line is exactly what you would expect. Terrorists are threatening to destroy something and an elite group of soldiers have been given carte blanch to stop them. In this case, terrorists are threatening to destroy the United States by systematically taking out high value targets, or what they call the Blacklist -- things like energy, food; basically the backbones of the country. Sam Fisher of the elite 4th Echelon is tasked by the President to do anything necessary to stop the attacks. While the plot isn't spectacular, it serves it purposes to facilitate the missions and lead you towards the final encounter.

From the first mission it's evident that there is an enhanced fluidity to movement. It's easy to slip into the shadows, mantle over cover, climb up a pipe and drop down onto an unsuspecting enemy. There is a certain satisfaction in sitting in one spot for several minutes studying enemy movements to really plan out a route that will either let you slip by completely undetected, or to divide and conquer without raising any alarms. Each mission allows you to complete it any number of ways; some force you to remain undetected while others encourage it by sending in swarms of reinforcements. It proves beneficial to not start large scale gun battles.

One complaint I had with Splinter Cell Conviction was, while stealth was a game mechanic, there was very little true need to use it. That has completely changed with Blacklist. Sam Fisher can only take limited damage and when multiple enemies are attacking it can end very quickly. Planning before the mission is just as important. Deciding what gadgets and gear to equip before you put boots on the ground is imperative to making the mission go as smoothly as possible. There is a wide array of gadgets you can purchase with money earned during the mission such as smoke bombs, EMP grenades, sticky cameras, sleep gas grenades, etc. Depending on your play style, there is certain to be gear you will quickly fall in love with.
Graphically the game looks good. On Xbox there is an optional HD Texture pack that can be installed from disc 2. It's approximately 3 GBs of data; honestly if you have the space just download it for the full effect of the game. Lighting and shadows are well done. The lights on Sam's suit flare when you are under cover of darkness. They provide a nice indicator so you are not left guessing if you are in the shadows or not. Likewise, the sound track and effects are pretty good as well. They won't win any awards here, but they don't detract from the game either, but with one exception. I have a surround sound headset which is perfect for a stealth game like this. However, on more than one occasion the enemies footsteps did not mesh with where the enemy was on screen. This created some frustrating moments when I needed to go off enemy positions purely based on sound.

On top of the single player campaign there are two multiplayer offering as well. The first is the fan favorite Spies vs Mercs mode. Spies are elite, agile stealth-based characters who need to hack certain terminals, all done in third-person perspective. The Mercs and heavily armed, first-person based characters whose job is to stops the Spies from hacking or to kill the spy responsible for the hack before it completes. Playing as the Merc, there is always a sense of tension as you search for the spies, knowing at any moment you may be taken down by a lithe assailant. Conversely, as a Spy you know if you are caught in the open the fight will end quickly. There are a couple different modes within the Spies vs Mercs umbrella. Classic 2 vs 2, 4 vs 4, and then Uplink where there is a combination of Spies and Mercs on the same team. All three are high tension modes, but when you succeed luring an enemy into a kill spot and execute it to perfection, there are not many video game moments that can live up to it.

The other multiplayer mode is 14 Co-op based missions. These appear as side missions during the campaign, and all but 4 can technically be done solo. Yet, playing through these missions with a partner adds an entirely new level of strategy, planning, and tension. Executing double kills, having a partner distract a guard so the other can sneak up behind them and eliminate them is so rewarding. I have never hid the fact that I love co-op games, missions, or stories. While Conviction had a Co-op mode, it was a self-contained story and felt more like an add-on. The co-op in Blacklist feels and plays so well. Enemies rarely do the same thing no matter how many times you play a mission, so repeating the missions with different play styles, or partners, still offers an engaging experience.

I haven't enjoyed a Splinter Cell game this much since Splinter Cell Chaos Theory. Blacklist went back to the roots of what made it an outstanding game and added more variety and appealing gameplay. I have always been a fan of stealth-based games, a few games claim to be stealth-based but quickly become run and gun games where the only stealth is hiding when you are waiting for your health to regenerate. Blacklist is not one of those games. It's a game that forces you to plan ahead, and rewards you for good choices, and punishes you for rash decisions.

At times audio is out of sync with events on screen, most notable enemy footsteps
At times the control scheme gets in the way of the game

Splinter Cell Blacklist is the stealth game that Conviction promised it would be. With solid gameplay, and fantastic level design, it delivers many memorable moments while not sacrificing its true vision. Allowing the player to play anyway they want through almost each mission, and still feel as though it was the way the developers intended it, is a testament to how much Ubisoft wanted to get this right. Blacklist is a deeply rewarding game for those who take their time, plan, and execute a strategy. If you are looking for a fast paced, run and gun shooter - you can play like that. If you are looking for a game where you can sneak past virtually every enemy leaving nothing but a shadow behind, you can play like that. If you want something in between those you, you can do that as well. While Conviction was a decent game, Blacklist excels as a stealth -based game with loads of replayability. This is one game I will be trying to convince as many friends as I can to pick up. This one is simply too good to ignore. 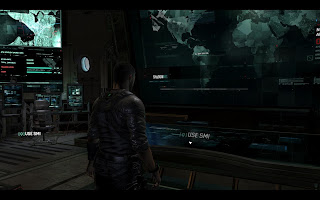 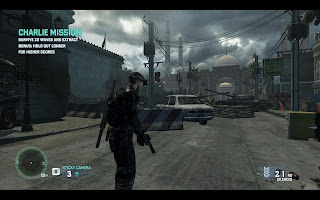 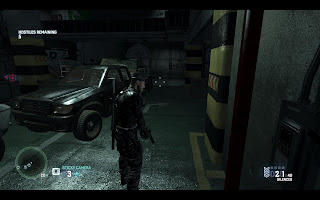