I was kind of shocked to hear that EA was coming out with BF4 so fast, in my opinion they could have kept BF3 going for quite some time will upgrades and expansions. Now lets get to the game!!!

I am unlike the majority of gamers because I always like to play through the single player first then Multiplayer. I do this becasue I enjoy playing the single player as well as seeing most of the weapons before hand. I really enjoyed single player, and I also enjoyed BF3 single player along with all the COD's that I have played but BF single player is the only ones that I actually payed attention to the story lines. It is short but if you didn't expect that I don't know what to tell you. Should they make it longer...of course but I don't think that will happen. They did make little changes that I really enjoyed, and they are below:

PROS:
- They made it wear you get to pick your weapons from your weapons cache for each level and you can pick up enemy weapons or change your load out at any ammo cache or weapons cache throughout the level. I really enjoyed this aspect for the fact that I like to have a long range and medium range weapon.
- It kind of reminded me of playing multipler a little bit. You get points for killing enemies and more for headshots or alternate kills and your points go up against medals for each level, Bronze, Silver, Gold. Each medal you get, you unlock weapons for your weapons cache's that you can use in Singleplayer.
- It seemed a little more open, at times you would come across a random tank and you could either get in it or go on foot. You can blow up a tank with a tank or get out and C4 it, or take it down with a rocket launcher of Sorts

CONS
- Obviously short but I expected it
- The ending was ok but I expected a lot more. It just seemed that it just kind of ended, like there is going to be more but then nothing happened.
- The singleplayer crashed twice on me while I was playing it. Didn't loose too much progress but had to restart the entire game.

MULTIPLAYER
I have logged about 10 hours on multiplayer and I must say I am overall, pleased. Here are the pros and cons

PROS:
- Huge maps (Ofcourse) and all of them that I have played have some sort of interaction that happens in the map. Such as one map floods, huge destruction in others, and an island map that in the middle a storm rolls in and creates big waves and low visability. Makes the gameplay amazing.
- Lots of weapons with lots of attachments. Multiple rocket launchers that do all kinds of stuff
- One of the main changes I have seen is they took the C4 away from Support and gave it to Recon. So now your not completely worthless as a sniper when it comes to tanks.
- They also added little Ammo and Health pacs as well as keeping the big ones from BF3 and you can equipt which ever one to use as Medic or Support. I did notice that the small ammo pack only gives you ammo for your pistol and sidearm, it does not fill your grenades and rockets.
- You can zoom in and out with one of the scopes and you can set your range on some of them. Which is a nice feature.
- They have weapon drops throughout the game now with random weapons that you can go and get. They are marked on the map with a pistol.
- Ocean Warefare. The vehicles for the water are awesome, especially the but war boat(Can't remember the name)They also have dingys, sea-doos. This plus the waves in the storm are pretty epic.
- Another bit thing that I really like is the fact that you can dive and swim UNDERWATER as well as pull your pistol and shoot while treading water. So now your not completely worthless while swimming anymore.
CONS
- CRASHES, I played for 2-3 hours last and it crashed 4 times. Twice while switching levels which didnt upset me to bad but then the other 2 times were during the game after I had unlocked multiple things and made quite a few points. That upsets me. It has crashed quite a few times since I have had the game so I hope they work out the bugs
- SOUND I will be playing a round and the surrounding sound will go away except my gunfire. Then it will come back and go away again. I see there are multiple people having this problem so I Hope they fix that soon. It doesn't happen every round but most of them.

I will think of more things as I play and I will update as needed. Thank you for reading and have fun gaming. 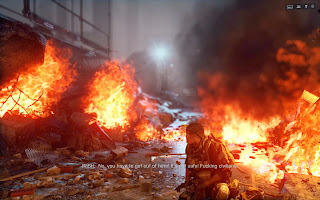 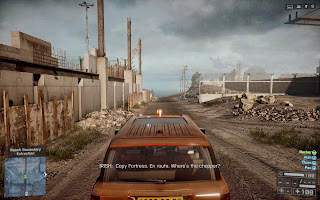 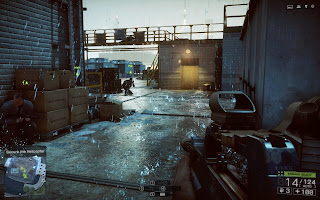 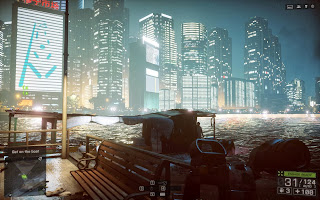 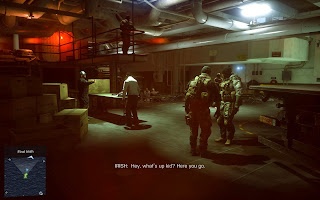 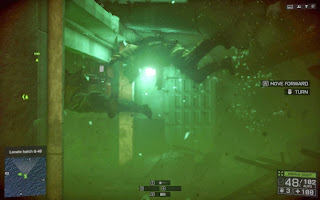 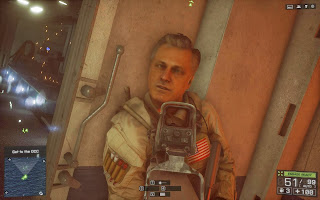 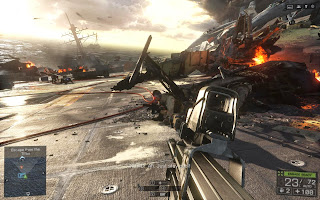 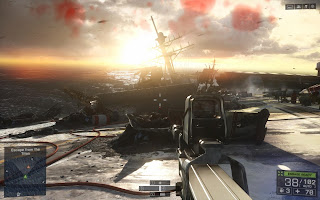 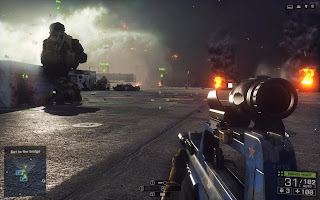 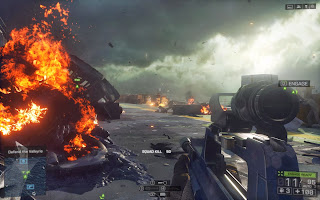 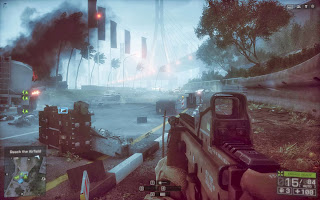