Broken Sword, the fifth in a trilogy that has seen its ups and downs, has finally arrived. Was the wait worth it? Did it live up to its expectations?

I'd say a tentative yes in certain aspects. Serpents Curse tries its best to bring back the nostalgia from the first and second 2D games of the series. At times, it is rather successful in doing this and at other times it tries too hard. The 3D drawn characters for example; beautifully rendered but come across as strange and often appear stiff like mannequins with awkward movements.

This is even more apparent in the opening intro especially considering they are portrayed against the backdrop of masterful handrawn 2D backgrounds that just don't mix well with the 3D movements and rendered characters. What madness processed them to go along with this approach escapes me.
Some developers just can't let go off 3D altogether, and Serpents Curse tries to blend both worlds together but fails to do both right. Don't get me wrong; the backgrounds are masterfully done and are fantastic, as limited as they are, and the characters themselves, while they do appear stiff and rigid, have a tremendous amount of detail to them. It's just a shame Cecil decided to try to blend both 2D and 3D together because it simply does not work.

Regarding what I said about the backgrounds being limited, well, they are. There's not that much backgrounds at all to be fair. Episode one mainly takes place in Paris and features a lot of heavily re-used backdrops and you don't get the feeling that your 'going places' but rather stuck going back and forth to the same locations. This is quite understandable considering the quality of the backgrounds and the size of them. At such a high-resolution, drawing them must take up a considerable amount of time, but Broken Sword 5 misses out on the feeling of traveling to a wide selection of area's that was very much present in the 1st and 2nd. Sure, at the end of episode 1 its clear we'll be off to a certain place, but I get the slight impression not much will change in Episode 2 in terms of background variety.

Broken Sword The Serpents Curse general plotline is nothing to marvel at; at least in the confines of what Episode 1 presents us with. Having completed the game in full now, I can honestly say I foresaw practically every twist that came my way. I generally knew who was 'bad' and who was 'questionably good' but the story tries to present its twists and turns as shocks but in reality they didn't. I can't say much without going into spoiler territory, but I will say that the death of a prominent character did not surprise me one bit. The story is also filled with little plotholes and in-consistency now and again which don't make much logical sense, but if anyone played the previous two games in the series, then you learn to suspend reality while your playing a Broken Sword game.

The characters don't have as much depth as past characters did in the first two series. Broken Sword 2 has a wealth of complex characters; who remembers Raoul, who was ruled by his mother but you soon learn later on that there is a lot more to the cowardly Raoul than meets the eye?

Sadly Serpents Curse characters are rather one-dimensional. Laine and his overly sense of entitlement. Father Simeon and his constant overbearing sense of religious burning hatred for you know who. Detective Naveat (I'm sure I spelt that wrong) and his rather unrealistic portrayal of just bad detective work.

But this is getting all very negative and now its time for some positivity. Having completed the fifth game, I can honestly say I felt satisfied with how episode 1 has turned out. It's a step in the right direction, but only a step. For me personally it doesn't surpass the quality fo the first two games, but it certainly races past the 3rd and 4th game whose name I shall not speak. In that way, Serpents Curse is a resounding success for what it's trying to do, and that is trying to redeem itself from the last two games.

It just falls ever so slightly short of reaching its goal. Perhaps episode 2 will have some of that missing charm and complete the saga of nostalgia. Who knows.

But I am certainly looking forward to the next episode. 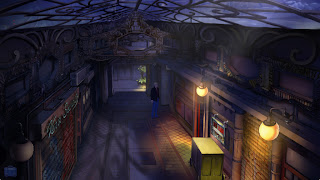 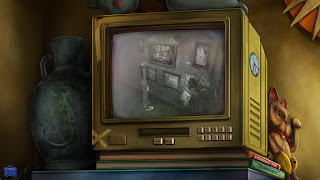 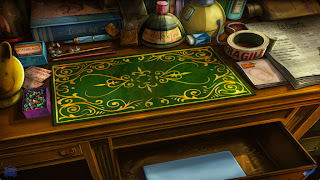 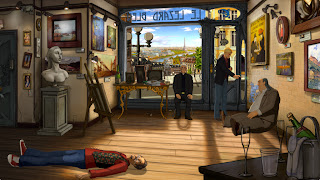