The Vanishing of Ethan Carter PC Game Review and more

GameInfo: The Vanishing of Ethan Carter is an adventure video game created by the independent development studio The Astronauts.
Plot: The story of the game revolves around a detective with paranormal powers investigating the fictional Red Creek Valley. At the start of the game the detective receives a letter from a young boy named Ethan Carter who claims to be in danger. It is now up to the detective to explore Red Creek Valley and investigate its dark secrets.
Review: Nice premise, nice visuals, but the game completely lacks direction or logic. You are supposed to be a living breathing human detective, who sets out to find a missing boy named Ethan (as explained in prequel comic); but:
1. you arrive to the middle of nowhere ON FOOT, through long abandoned train tunnel, which of you go through backwards leads you to the same area as you entered it in
2. you can survive fall from a cliff

I went in expecting strictly atmospheric investigation game with some paranormal, and even if game somewhat started as that, it was rather quickly broken by jump scare undead (zombie?) attack in the mine.

Another fault of the game is that it is essentially walking simulator, with trying to find object you can interact with.

The Vanishing of Ethan Carter had potential, but it went down the drain. 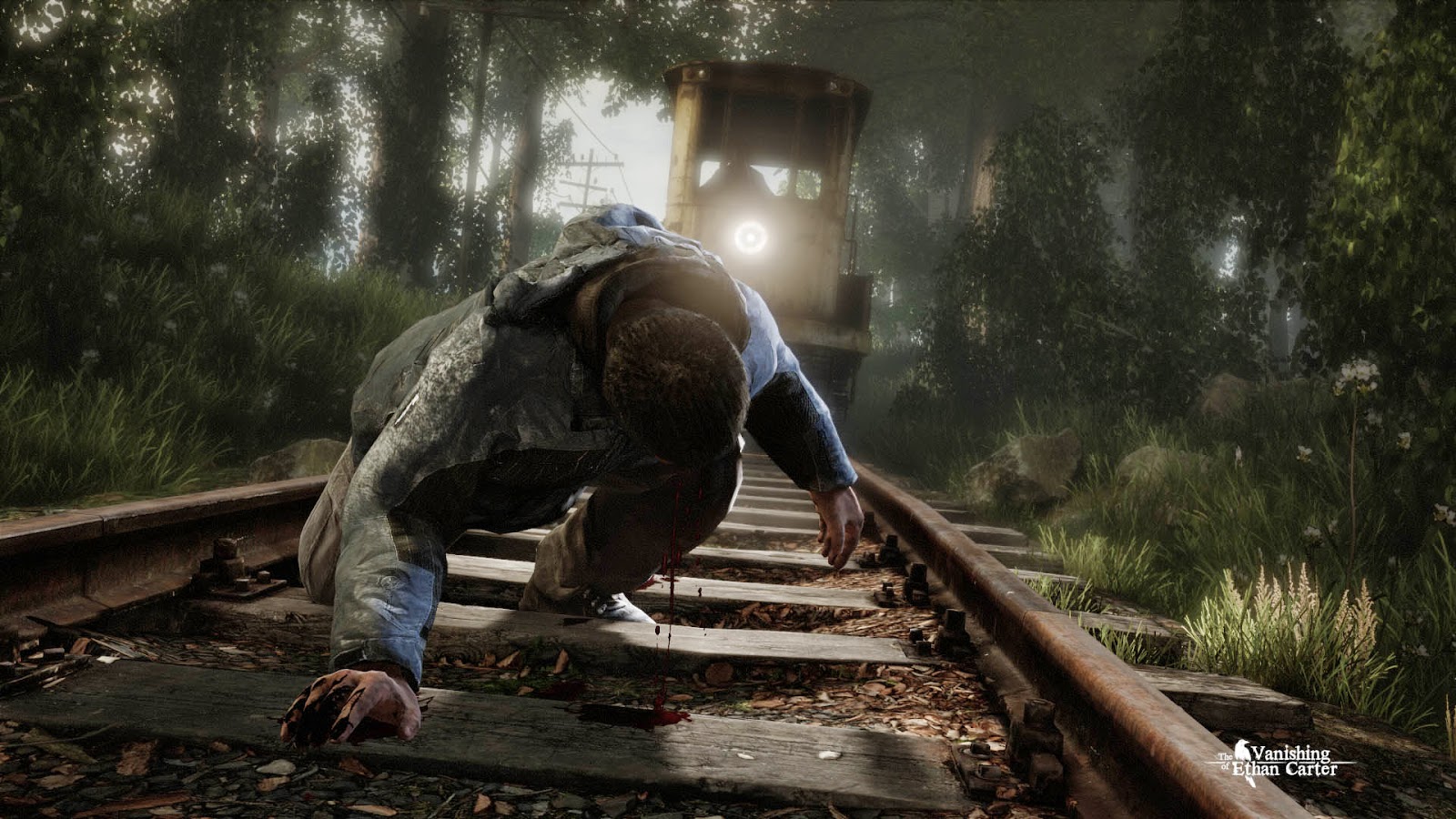