GameInfo: TransOcean – The Shipping Company is your ticket to the world of gigantic ships and transnational transport empires. Build a mighty fleet of modern merchant ships and conquer the seven seas. Track your routes and real time, take the controls as ships enter and leave the harbor, and see to it that freight gets loaded efficiently. Keep in mind that time is money! Excessive lay days are taboo.

55 of the largest and best known, as well as the most exotic harbors in the world await your visit; one of these is your home harbor, which you will choose yourself. Every harbor has its advantages and disadvantages, so you should carefully consider which one you choose. A highly polished bonus system will lend an element of suspense to every decision.
And with 20 classes of ship available, you will have to bear a lot of factors in mind: is your new ship designed for the Panama Canal, or will you have to take a longer route? Would you rather take the shortest route through the Suez Canal, or head for the ports of Africa to land other lucrative assignments? Are you likely to encounter a storm on your chosen route, or is there currently a threat of piracy somewhere along the way? Is there even adequate space at your destination port for your newest freighter?

Painstakingly crafted harbors based on real-world models as well as realistic ships and routes make TransOcean – The Shipping Company a unique gaming experience. An elaborate trade system with dynamic prices allows you to constantly keep an eye on the most lucrative routes, as this is the only way you can secure the best jobs. Try to keep a balance between expenses and profit, and keep your nerve when you have to choose between different possibilities: would it pay to smuggle goods, or would you risk your good reputation? Then consider that the more successful you are and the better your reputation is, the better the offers you will receive. In online mode, you can compete with other players for the more lucrative routes and the best prices; the law of supply and demand applies in this case. Numerous paths can lead you to your goal – find the right strategy to continually expand your empire and become the most successful transport company of all time!

Review: TransOcean - The Shipping Company could be seen as a spiritual sequel to the old PC game Ports Of Call. For people interested in the world of shipping by sea and an interest for tycoon games this sounds like the great happening of 2014. And I would like to be straight forward and tell you that it is, as long as playing multiplayer with friends; isn't a must.

When playing you can choose from playing a campaign or too freely explore the game. I would recommend the campaign as it gives you the possibility to do tutorials and also gives you missions to complete. In the campaign you start-off by selecting your home port and buying your first ship. Early in the game you are locked to Europe and some 10+ ports. Each port have their own design and some also landmarks from their real counterpart. Later on you get access to the whole world and number of ports is increased to a total of 55 giving you enough to explore. When having all ship-classes unlocked there is 22 different types to choose from giving you good variation. Overall gameplay is fun and it's easy too be sucked into the game and constantly saying: Just one more shipload! There are a few things missing though, just to mention one crucial: Multiplay. The developers say pricing is dependent on how others play but when playing you neither feel or count every single € to see differences. Another feature that would have been nice would be: Routes. The possibility to set up a route between two ports with predetermined cargo and assigning to specific ships to follow by automatic. But again, overall a very fun gaming experience.

As the year is 2014 and computer graphics have come long since the first release of Ports Of Call. Expectations is to find 3D-graphics with detailed water, objects and terrain. You do get them all and they do look quite nice for this kind of game. Together with the pretty menus you get an overall good looking experience. When it comes to performance my computer isn't the best for reference as I built it for games like Battlefield and Flight simulator. It do run very well on my system on highest settings and with the available amount of settings it should be possible to get it smooth even on an entry-level gaming computer or a more expensive home-pc/laptop.

In conclusion this is a fun, good looking, singleplayer tycoon game. It has good potential for the developers to add some more content trough DLCs or updates (did I say passenger traffic?) and will give you many hours of fun. 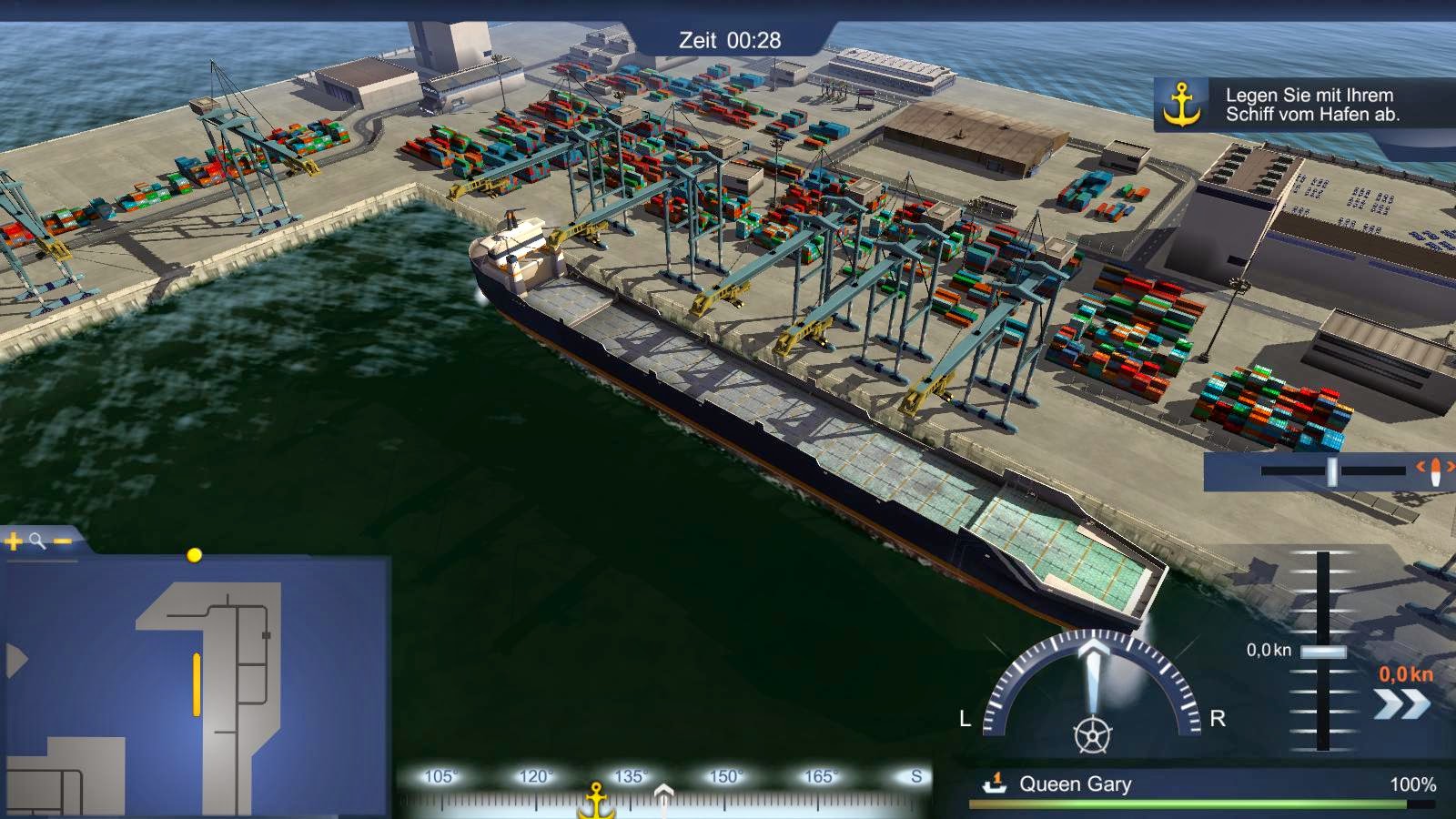 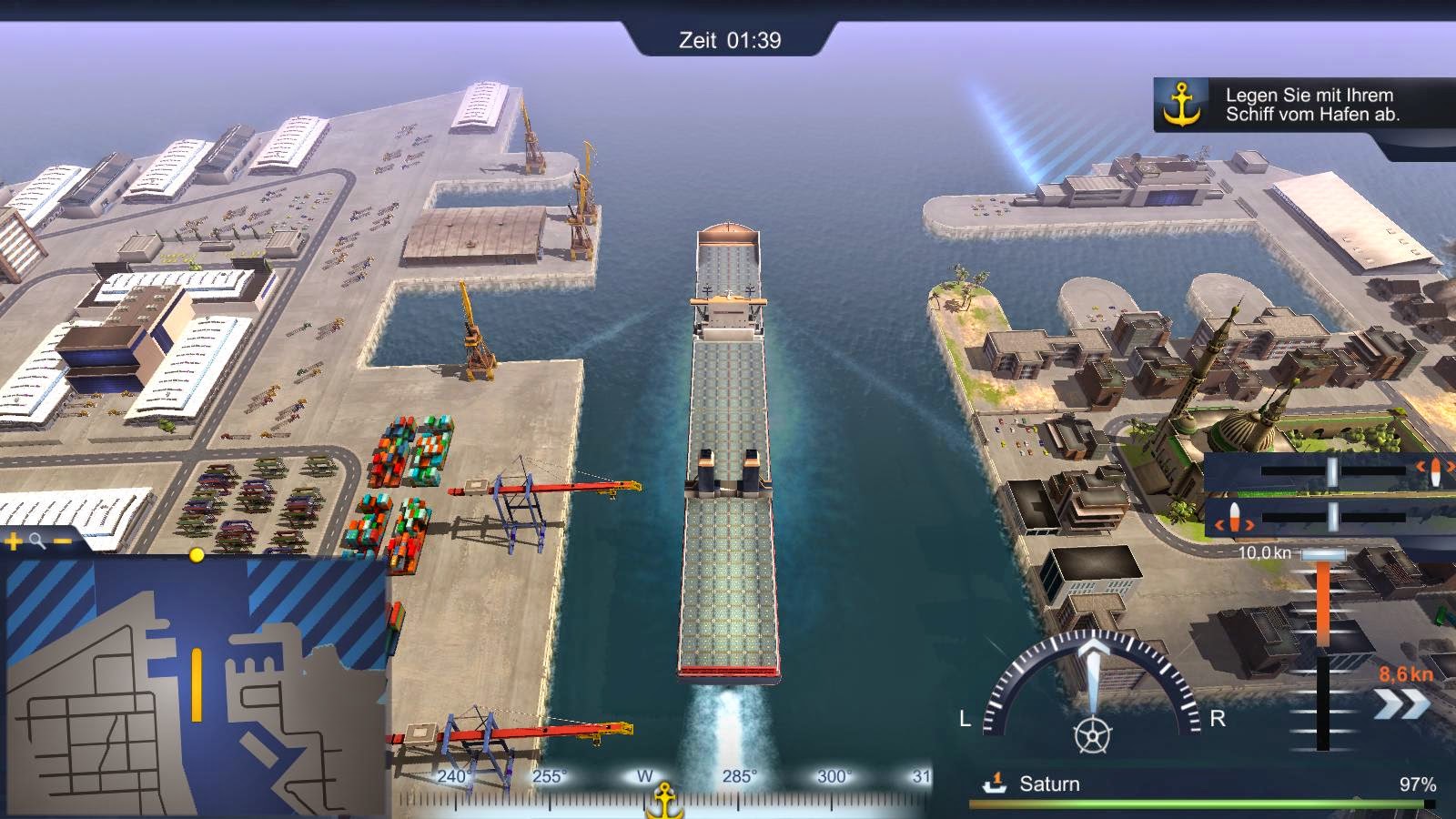 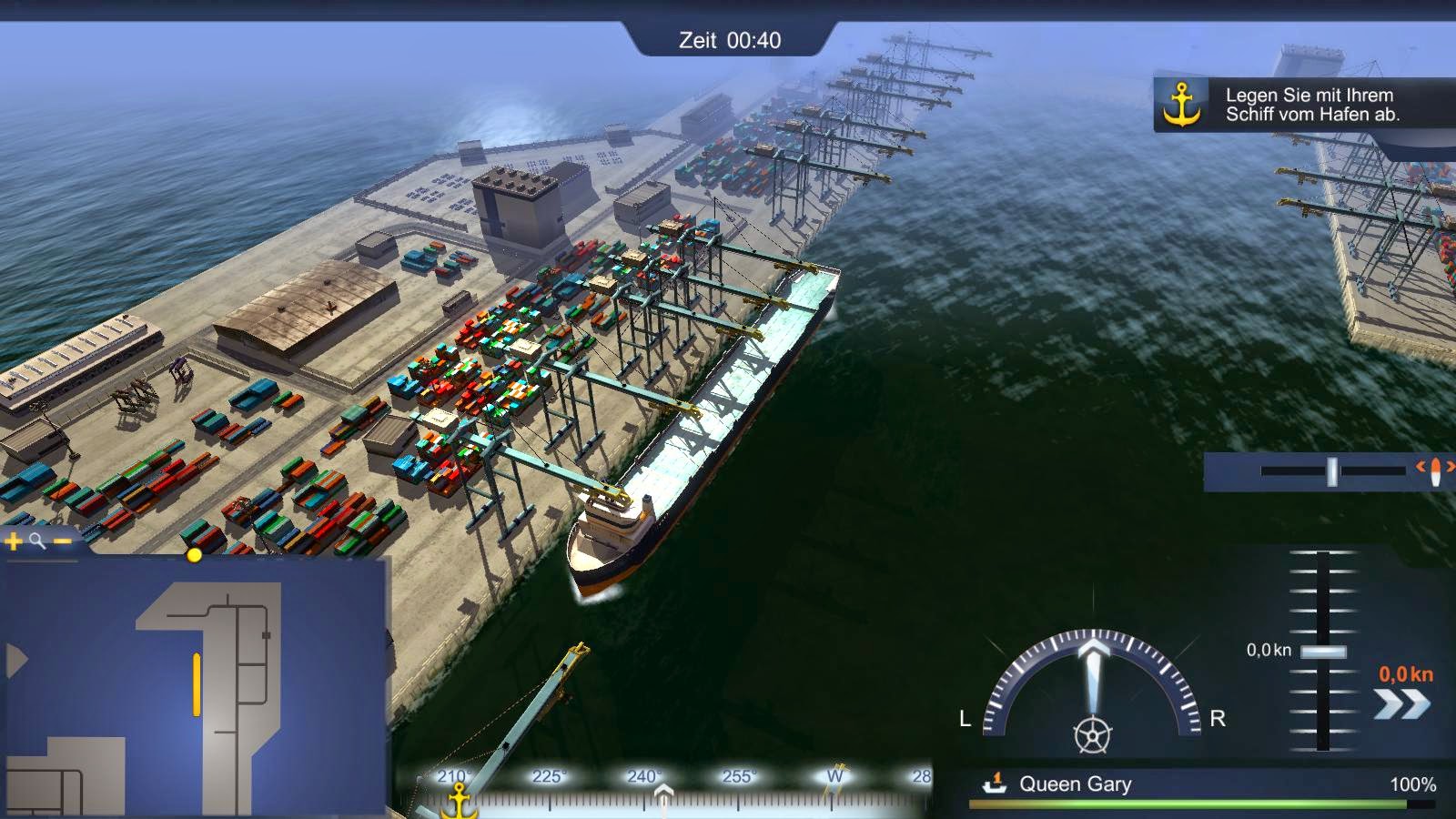