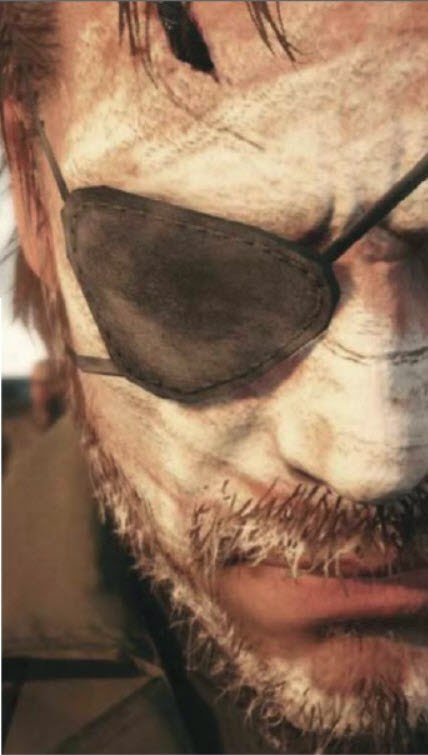 Young girl, they call them the Diamond Dogs

We recently managed to get some hands-on time with Metal Gear Solid V, running as the game was designed, on the PSA. Kojima's intentions in making this a first-of-its-kind open world stealth experience are obvious from the start.

The fractured release of the often maligned Ground Zeroes is somewhat justified when you first start playing The Phantom Pain - without some grounding in how Metal Gear works now, you'd be thrown in at the deep end, and you'd drown.


Our play session started with Snake attempting to infiltrate a desert base. We begin on horseback, pretty much emulating the Screenshots and trailers that have saturated the internet the past year or so -the ones designed to show off the game. We spot a jeep full of enemy soldiers crest a hill heading our way. and our handler on the demo tells us that we have the ability to make the horse defecate on the road (we're about to question whether he's serious, but then remember that this a Hideo Kojima game - everything's possible). We give the horse a little kick in the flank, and - right on cue - it dumps a load of manure right in the middle of the dusty path. We trot off to hide beside the road and watch as the jeep swerves out of control after driving through the horse's manure - the two drivers get stunned after smacking their heads on the jeep's frame. It's hardly realistic, but it's got that now classic goofball Kojima humour.

"We are confident that the FOX Engine will both expand and revolutionise the Metal Gear Solid series, and will provide the high-quality and immersive experiences that are associated with all titles produced by Kojima Productions"


Before the soldiers regained their senses, we were directed to attach a balloon to the jeep, lifting it into the air (long-time fans of the series will recognise the real-life Fulton Recovery System from Peace WalkerAfter discovering that this fun little tool was making a return, we had the chance to play around with it - this was our first real revelation in the game: The Phantom Pain really is a sandbox. Kojima introduces mechanics and tools to you. and expects you to go out of your way to be as ridiculous as you can with them. It's a dark game in tone and narrative, but the ability to play around with the mechanics saves the game from ever taking itself too seriously.

You can attach the Fulton to sheep, individual soldiers, tanks, jeeps - almost anything. And it's not just a tool you can use to send assets back to your Mother Base (more on that later); we saw a fellow demoer sitting next to us knock out two soldiers in their jeep, attach C4 to the vehicle, wait for about ten seconds until the sound of an enemy helicopter was buzzing through the speakers, and then attach the Fulton. The jeep hit the helicopter and set off a chain reaction of ridiculous explosions - this is the open world Metal Gear game we've been promised for years.

Of course, it wouldn't be a legitimate open world unless characters other than those controlled by the player populated it. As such, the game will contain its own dynamic and responsive ecosystem. You can directly impact upon this cycle with different consequences coming from different actions. One of the sheep we decided to attach a Fulton too, for example, was part of a larger flock - the hunting ground for local wolves. If we dwindled the number of the sheep enough, the wolves would get hungry and turn their attention on other viable sources of food - potentially you (although we did think how interesting it would be to snipe all the sheep in an area, smoke a cigar to pass the time, and lure the wolves to a patrolling group of guards, letting nature play out and allowing us to sneak into a stronghold undiscovered).

The thing is. the AI has also been drastically improved for the Phantom Pain - even since Ground Zeroes. Just because you don't ever get discovered, it doesn't mean the AI won't know something's afoot: if you're insistent on sneaking around at night, unloading silent terror on your enemies, guards at other installations will cotton onto this, stepping up after-hours patrols or brightening the floodlights to prevent you creeping around. Likewise, if you favour the go in loud' approach, the various military bases in the game will amp up their security, drafting in better (more lethal) equipment or investing in bulletproof helmets if all you do is go for headshots. It's a notable increase of situational awareness, and takes the game one step further to being the definitive tactical stealth experience - you've got to evolve as your enemies evolve: it takes the one-dimensional 'wait, watch and kill' pattern the previous Metal Gears revolved around, and augments it wonderfully.

We noticed that a lot of the game is going to revolve around retracing your footsteps and backtracking to previously unlocked areas, so we're hoping that this deeply responsive Al code will help keep things fresh. We put a decent amount of time into Ground Zeroes, and although the military camp was small, it still felt fun to explore - even on the tenth run. Let's hope Kojima Productions can keep that fun repetitiousness alive in The Phantom Pain, too.

This potential monotony is broken up by a player-directed narrative - in a departure for the series, you'll be able to choose which story missions you embark on as you like, instead of being forced to play through the game in a specific order. It reminded us of Mass Effect 2, weirdly enough: in The Phantom Pain, you can choose to go take out this base, free these hostages, or travel to the other side of the map, just as you could choose whose Loyalty/ Recruitment missions you could do at any time in Mass Effect 2. Kojima promises that no matter which order you decide to complete the game in, you'll understand the main narrative of the game by the end, when all the individual story threads tie together.

"Moving forward, we... want one single human to get [Snake's] voice, face and motion in the game and become the character"


The Phantom Pain also seems to be taking a couple of cues from the old PSP Metal Gear Add series, too - each player will be able to construct a Mother Base from which you can develop your own armaments and items. The enemy soldiers you abduct via the Fulton Recover System - and the prisoners you free from enemy bases - can all be recruited to your HQ. allowing you to expand your ranks and farm more items through organising your resources.

Multiplayer will come into the Mother Base section of the game, too - in a move similar to the Secret

Bases from the original Pokemon Ruby/Sapphire games, you can sneak into the Mother Base of players on your friends list and loot their items, stealing resources or even personnel from them. You can install security cameras, armed security, infrared trip lasers, unmanned aerial drones and many others to deter folks from rummaging through your base, as well as adding platforms and creating a whole level in your own design, with an interface reminiscent of Halo's Forge modes. You got a special item you don't want stealing? Cram it in a corner with multiple platforms leading to it and a couple of chokepoints (armed turrets, security cameras and trip mines bloating one path), and it'll be as impenetrable as it can be. You can also stand in to defend the base yourself, shooting at another Snake that comes to invade your ground should you find yourself back at HQ in time. Bear in mind that nothing is ever properly safe, though. According to Kojima, everything in your base is always at risk.

It raises a few questions - namely, everyone that will be playing the game will be Snake, so how will the game accommodate so many different versions of the same player? We assume that Kojima is going to find a fittingly genius/absurd way of dealing with the plot hole, but we're curious to see whether he'll sacrifice some of the legitimacy of the game world in honour of a multiplayer side to the game that may not even be compulsory.

More than anything, The Phantom Pain seems to be an ambitious game - one of the most fully next-gen experiences in the works at the moment. The map weighs in at 200 times the size of the Ground Zeroes map, but considering Metal Gear has always made a point of getting the player from zone A to zone B, giving them a little freedom in between, we wonder how well suited the team at Kojima Productions are to crafting a truly open-world experience. Granted, the game has full weather systems, a day/night cycle and a fully functional, devoted ecosystem, but can Kojima Productions fill the game with the detail a project of that size deserves? We hope so, but from the areas and textures we've seen so far, we're curious to see how fully realised the massive world that makes up Metal Gear Solid V: The Phantom Pain will be. 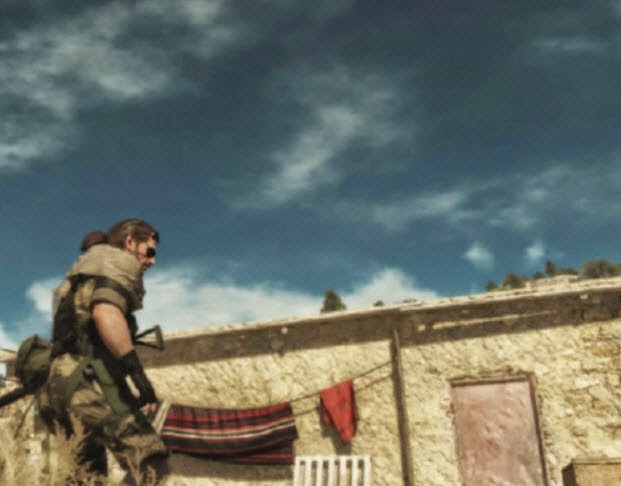