GameInfo: A Riveting Story of Roman Revenge - Journey to the heart of the Roman Empire and experience the brutality of battle like never before as "Ryse: Son of Rome" comes to PC with support for glorious 4K resolution. Continuing Crytek's legacy for groundbreaking games, Ryse pushes PC hardware to its limits whilst drawing players deep into the bloody drama of ancient Rome. "Ryse: Son of Rome" is an immersive action-adventure story of struggle, brutality and heroism.
It follows a fearless Roman soldier named Marius Titus who joins the army to avenge the slaying of his family and emerges as a hero who must fight to save the Roman Empire. Ryse: Son of Rome" presents a cinematic re-creation of the Roman Empire, its people, conflicts and landscapes in breathtaking detail and brings the brutality and intensity of Roman warfare to life in visceral detail. Fight as a soldier. Lead as a general. Rise as a legend.

Review: It's Ok. The combat is fluid, the controlls solid. The game looks amazing, and it's well optimized. The Story is too much God of War, too little 300. The Co-Op is good for a few hours,but not much longer. It may seem like I'm not being very specific in this review, and, well, that's because it's hard to. It's just a VERY mediocre game that could've been more,but it just...well...isn't. I'll call this one a miss. Pick it up on sale for $15 in December, play it for 8-9 hours, forget about it, and go back to watching Gladiator or 300 if you want a solid Roman Warrior Fantasy. 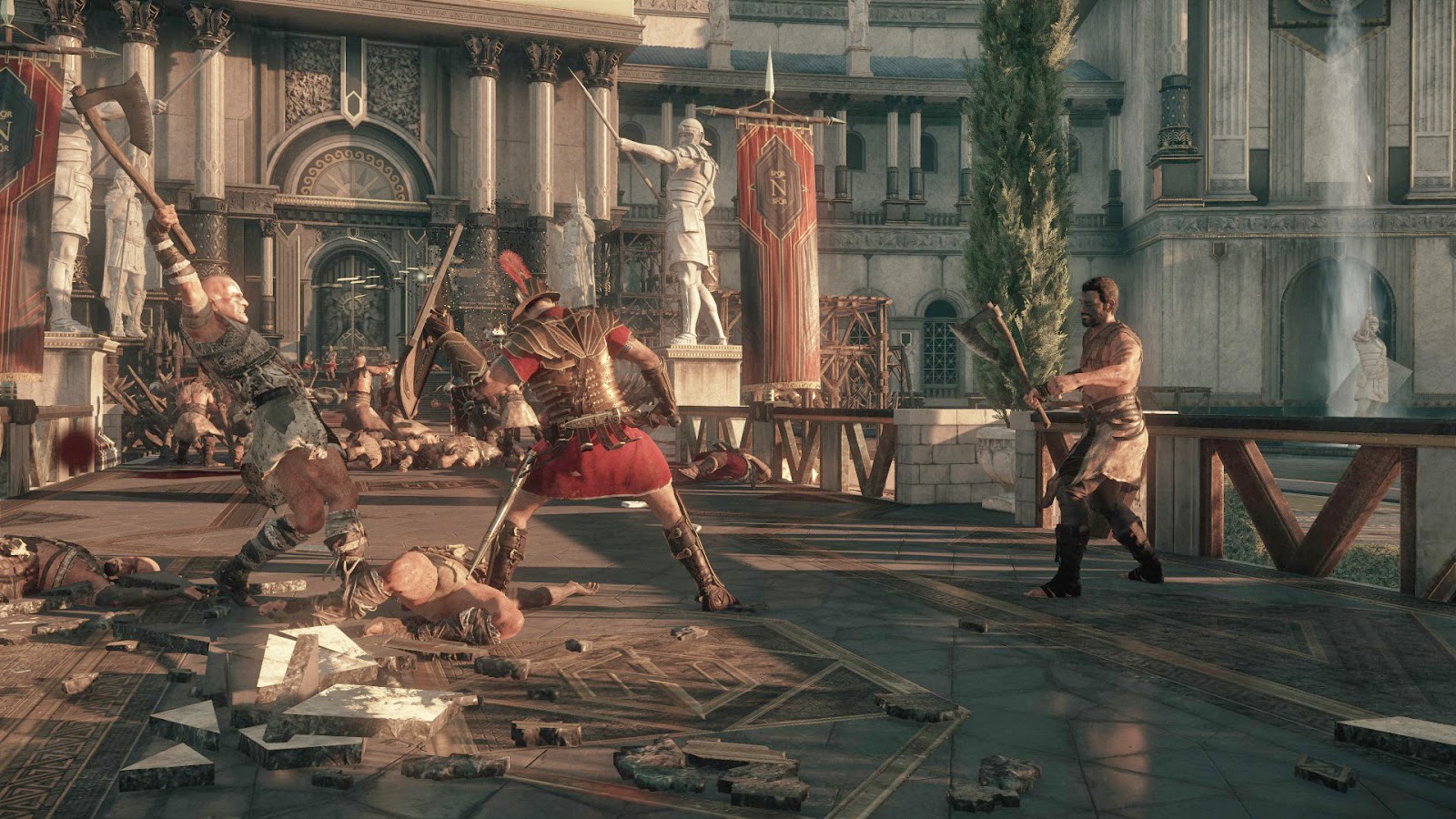