Lara Croft and the Temple of Osiris Review

All’s Pharaoh in love and Hathor


Forget about Lara Croft’s frowny browed emotional slog on Coming of- age Island – this is what Tomb Raider is about. Dual pistols, delicious plunder, and disturbing the resting places of the dead. The sequel to 2010’s Guardian Of Light expands on all the good stuff, and even lets you bring two more friends along to help. And by ‘help’, we mean mercilessly betray for gems. Lovely, sparkling gems.


The story is a shortcut to adventure: cursed temples, magic staffs and angry deities. Lara (again voiced by a wonderfully plummy Keeley Hawes) and her rival relic-thief Carter team up with Horus and Isis to take on Egyptian god Set. It’s bobbins, and it absolutely doesn’t matter. anyone that loves this mythology will enjoy the fluff – so basically everyone, then – but the whole thing is just a rip-roaring excuse for fun. rip-roaring just means ‘good’, right?

It doesn’t matter that you could write the story on the side of Lara’s eyelash. This is a game. That seems like a ridiculously obvious thing to say, but it means this has more in common with Super Mario 3D World than it does with the troubled-millionaire histrionics of Tomb raider. It’s a good thing. Firstly, everything feels satisfying: whether it’s shattering vases with Lara’s guns or detonating bombs underneath your enemies, there’s a tactile chunkiness to all that you do. Secondly, it’s a cracking multiplayer experience. There’s ample opportunity for fun backstabbing: zip-lines can be retracted underneath your tightrope-walking buddies, sending them plummeting onto spikes, and pillars can be magically raised, trapping them in crocodile-infested waters.

Anubis hope
More than anything, it’s the puzzles which stand out. If you thought nathan Drake was the master of light-based refraction conundrums, then Temple Of Osiris has a magic mirror with your name on. Finding new brain-teasers is exhilarating, because you feel a real sense of satisfaction when you solve them – you can expect the same level of smugness you get from playing Portal. Better yet, puzzles are folded into every part of the game: all the tombs are reached via a central hub, and even this is given an extra twist; day-night cycles and shifting seasons mean it’s different every time you visit it. Who cares if it only snows in Egypt every 200 years? nobody writing this review. as well as the puzzling, there are genuine instances of thigh-slapping adventure. remember that bit with the massive rolling ball from Indiana jones? Of course you do. There are moments in Temple Of Osiris which perfectly capture that very feeling of frantically fleeing from antiquated deathtraps. It’s rare for a game to so totally nail a feeling of unexpected peril without peppering you with repeated deaths, but this manages it. Credit is also due for the quality of the boss battles. aside from the occasional, pressure-plate activating misstep, they’re all notable and fun – challenging you to utilise the various skills you’ve learnt and work together in multiplayer. When all these things combine, like the scattered body parts of Osiris himself, it forms a positive celestial whole. 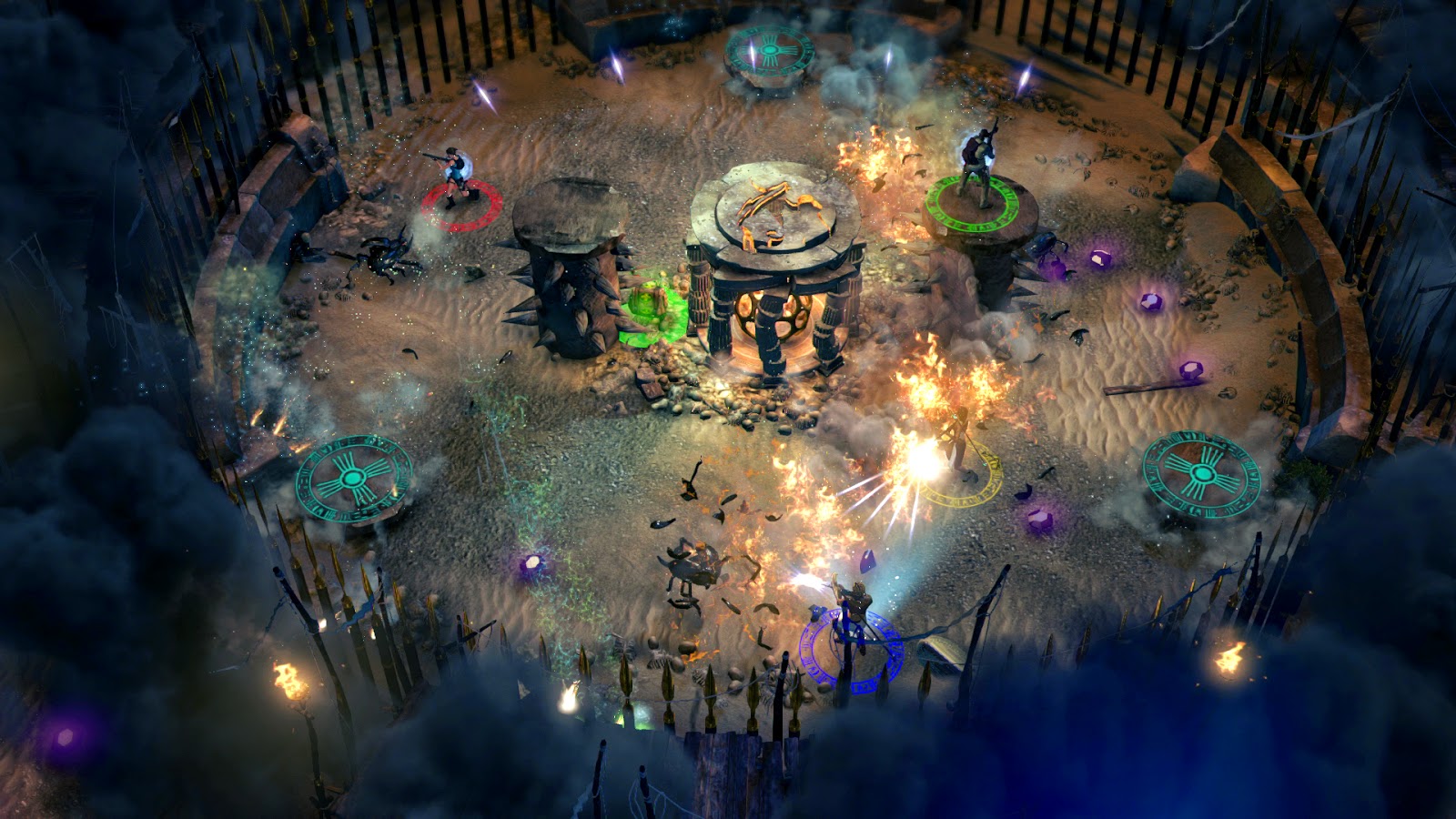