The Dungeon Master mode is a complete failure, but the single player campaign is passable, if you can get past the simplification of character progression and combat. Some of the exploration and such is done well, with a lot of secrets and stuff to find, but some areas may seem a bit repetitive and encounter design is nowhere near as inspired as, say, Icewind Dale or even the original Neverwinter Nights campaign (which had, if nothing else, a high amount of variety in enemies). The longer I play, the more issues I have with it, which is kinda ironic because the game actually picks up quite a bit after the first chapter.

Apart from stuff like skill trees for wizards that people already complain about a lot, there are two issues that really bother me. One is the use of a ridiculous sort of level scaling that will actually make you wish for Oblivion's system. Be prepared to fight , at level 9, ordinary rats that take more than a few hits to go down. Another issue is the use of only one slot for saving (which means if you screw up something, want to try out another option in a quest or encounter a bug (of which there are a few), you're stuck if the game is saved after that. Also note that the one save slot includes quicksaving and autosaving.

Overall, I can't recommend it. If you're a D&D lore addict like I am, then I'd wait until the price is seriously knocked down or rent/borrow it.
Rating: 60/100
System Requirements 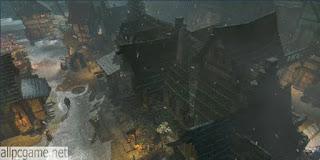 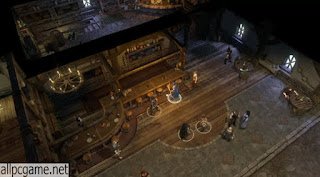