First off let me say that I have been playing COD and Battlefield since the very beginning, and I am not partial to one more than the other, and I am not a fan boy of either, so this is an unbiased review. First lets get the obvious out of the way for those who are wondering, once again the publishers and developers have copy and pasted another COD title. Yes, the graphics are slightly better, but they are basically delivering the same thing year after year without any real new fresh ideas. Game play in multiplayer is very fast paced. I am a very experienced COD player and literally seconds after stepping on the battlefield I am killed by the opponent. Much like Advanced Warfare, only even faster but the maps are larger. The weapons deliver such a powerful blow that I often died with one shot, and I am not talking about a sniper rifle or a head shot. So just be ready to die many many times. A side note for multiplayer right now, this doesn't really reflect the game itself, just more less a warning to users who might find this offensive but the multiplayer lobbies I have been in so far (and I have only had the game about four or five hours) are filled with people cussing and threatening others.

It actually got so bad that I started playing a private match with bots only. Hopefully this will die over time, but you face this with any online game, so like I stated it is not a reflection of the game itself. Onto the positive side of things, now that I have cleared out the cons. This really is a solid work game wise. They have brought back the great things in multiplayer that put COD on the map years ago. Everything from the customization to the skill and XP points. Just about every aspect can be customized to your liking. The multiplayer really goes back to its strong roots. Graphics while I said were slightly better, I must admit that they look brilliant on my 4K screen running 2 Titan X's in SLI mode. As for the campaign mode I can't comment, and I probably wont, I actually can't tell you the last time I played the single player campaign in COD. As for the Zombie mode, it is back and better than ever. Nuketown 3 is a real treat. You might want to look into getting the season pass, like I did as it will save you money as opposed to buying all the DLC packs individually. It also comes with a few day one perks from the day you activate the season pass in Steam. All and all this game gets 4/5 stars. Great game, the only reason I am not giving a full 5 is because Activision has been giving us the same game year after year now, cycling from Black Ops to regular Warfare. They need a fresh new idea, but if you love the COD series, you will love this!
Rating: 80/100 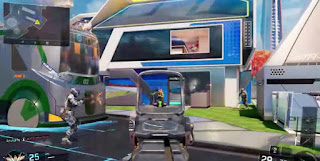