I love football manager I really do but like most yearly releases you struggle to see the value of purchasing the what is 90% the same game year after year after year. And I am afraid it is even harder this year, The much boasted create a manager feature to put it gently is garbage not many options and when I tried to put myself in the game well I looked like a very dodgy regen with a creepy smile to be honest I preferred it when I could put my own picture in. A lot of things have been tweaked apparently but after 20 hours of playing can't say I have noticed any. Glaring problems such as the match engine players being badly animated with players seeming to float across the pitch with out moving there legs and goal players doing stupid things, yes I know we get the odd howler in football but it is not this bad.

Yes I am being harsh with this review and score but I love FM and want it to do better and hold it to a high standard all the way back to when I was playing when I was 13 signing Freddy Adu. To sum up I do not see any value in this installment and my big gripe about general laziness and minimal effort being put in remains from last year e.g same questions in interviews where we they have not even bothered to change the wording is dam lazy where such minimal effort has gone in every where else.

Final thoughts: A lazy effort and I am dissapointed if you are a fool like me you will buy it every year then moan then buy it next year but if you are sensible buy FM15 and download a custom database for the latest transfers.
Rating: 50/100
System Requirements 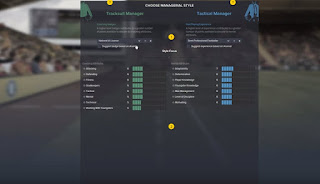 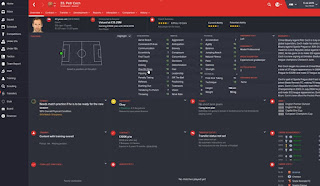