Mordheim: City of the Damned Reviews and Gameplay Images

Rating: 75/100
I bought relatively early into Early Access, And I was super disappointed - the game was sluggish, unbalanced, boring and the multiplayer battles without consequences.

And then I started again with the last patch, after taking half a year off.


Boy did this get far. Mordheim is brilliant now. It's still a bit sluggish, a bit slow with the loading, but it's so, so, so much fun. While there's only four warbands, there's plenty of opportunity with different weapon styles and skillings to build your own unique troop. And every battle counts, every engagement could end badly for you.

The AI isn't very good, but it gets lucky every now and then and manages to outflank you, so there's still a considerable risk. Mordheim teaches humility - like when your Matriarch tank loses her shield arm and can't enter Parry stance anymore, rendering her completely useless as a tank. And replacing her from the scratch will take a lot of time and training you might not have, as your commander expects a large delivery of warpstone soon!

My initial disappointment is completely gone, and I'll be the first in line when new DLC featuring more warbands hits the store. It's so good, and so exciting.

Rating: 80/100
First up, this is not Table Top Mordheim. It looks like it, it feels like it, but it is an adaption of the table-top game, not a direct port. So if you want Mordheim as you remember it, this is not it. But it is still an amazing game.

It captures the look and feel of TT Mordheim very well. The characters look like they jumped right off your miniature shelf and into your monitor. The world feels exactly like Mordheim should...dark, scary and evil. It is very close to Warhammer lore, and if you want a Warhammer Fantasy fix this is surely your best bet today. No Age of Shitmar junk here! Just traditional Warhammer goodness!

PROS:
-The maps are truly amazing and detailed. There is nothing else like it. Multiple stories in buildings, raised walkways and terrain, traps and dead ends. Ruined buildings and plenty of flanking and high ground opportunities abound. It blows away anything else in the market and needs to be seen to be believed. All maps also are different every time you play them due to procedural terrain generation. Never the same experience twice.
-The graphics are well done, the animations are varied and many, and as said above they really captured the feel of Warhammer in it's entirety.
-The development options are immense. 175 total skills and 8 unique spells per faction. 7 different characters for 4 warbands. So many ways to build your characters to fit your playstyle.
-'Hardcode' gameplay. You cannot save and reload (although you can save/quit and continue again at any time) or as it's known, save-scumming. Characters can get injuries and die. You live with consequences.
-Huge array of maps for multiplayer, with many options.
-Seamless integreation of Single Player and Multiplayer. They are basially one and the same.
-Unique campaign for each faction and a large single player experience.

CONS:
-The wealth of options can be overwhelming to new players. If this doesn't bother you, you'll love it.
-The lack of dedicated MP support. Since the publisher didn't cough up the cash for dedicated servers, the community will need to start their own leagues. But nothing stops you from doing MP-only with friends. You will need an 'honor' system (and screenshots) to enforce MP only.
-Hardcore gameplay can be a turn off. If you can't handle setbacks, you won't like this game.
-AI still needs work. It can be challenging at first, but after a while it is fairly beatable. Of course, that's where MP comes in. Note the developers are still working on the AI.
-"Only" 4 warbands. If you want a lot of options they aren't here yet. That said, the four warbands offer immense options anyway. But if your a TT purist, or really want Undead or Dwarves, they aren't here yet.
-The complex maps can sometimes cause issues with AI pathfinding, and you may not get why you cannot disengage from combat because some rock or skeleton is blocking your way.

It has to be said the development team, Rogue Factor, has been truly amazing throughout the early acces in terms of accessibility, communication, and feedback. A number of suggestion I myself have made are in the game...they really listen to the community, beyond any other developer I've ever seen. They will continue to refine the game even after release, and if sales justifiy, it, they will add more Warbands and functionality.

In the end, I found this to be an incredible game, well worth the $40 US. If you like warhammer, and deep turn based strategy, and want fully 3D maps that blow anything in the market away (XCOM has nothing on these maps) then this is the game for you. 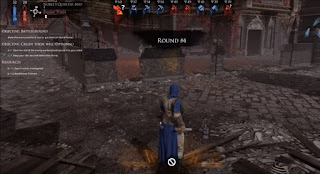 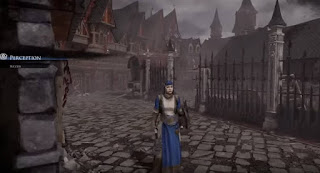