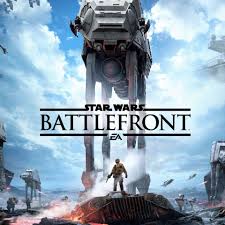 Rating: 90/100
Bunch of whiners on here. The maps and worlds are AMAZING and so REALISTIC. The sounds, , music, characters, weapons, everything is on point. No bugs and it runs so damn smooth. Yes they could've introduced more out of the original box but we're getting 5 more expansions and I don't mind paying extra. On it's own, the game has blown me away with the gameplay and graphics. I haven't played any previous Star Wars games and was on Battlefield 4 until now but man they really did a fine job. The only thing missing is a campaign, Darth Maul and more maps and weapons (which will come soon).

Rating: 70/100
Currently just played about 4 hours total. Played every game mode and the battles 20vs20 are awsome. Great graphics, great sound good gameplay. I do agree that the game is limited with the current number of maps and can get a little repetitive. Is the game worth 80$ (here in Canada), I would say meh depends. i bought it for I am a huge fan of Star Wars. I just but the normal game no extras to wait and see if the season pass will be good enought. Also for all those who keep bashing and hating and saying this isnt battlefront 2 and blablabla, it is not the same developper and the same game style. THIS IS NOT A BF4 or HARDLINE SKIN ! To concluded, dont listen to bashers or haters, find the information you need if you are not sure but I recommend it, maybe wait for a sale if your'e in Canada but a must for SW fans.

Rating: 60/100
Star Wars Battlefront is a monumental disappointment from DICE that lacks any long term appeal, is desperately lacking in content and is completely overpriced. It is another cash-grab from EA of a massive brand which has been executed in shambolic fashion. It feels like nothing more than a Battlefield Hardline reskin and will probably die just as quick.

Battlefront promised so much but gamers have been left with a content-starved title that consists of a few bland and barren maps, a selection of uninspiring modes and very mediocre combat mechanics. The game looks reasonable at times but the lack of substance and a grand experience especially when compared to Battlefield 4 as of now makes this product feel utterly pointless even for die-hard Star Wars fans. Regular FPS fanatics will feel short-changed at what's on offer as after just a few hours of play; you've seen everything this game has to offer.

The most unforgivable aspect of Battlefront is the lack of a campaign or Story. This should have been a mandatory inclusion but has ultimately rendered the game a missed opportunity and just inflates the fact that this is nothing more than DICE and EA grabbing cash to satisfy their shareholders before the bumper year-end payoff. As usual; the season pass will provide future content but you will be long bored before then as the game will be soundly removed from your hard drive and never to be touched again.

Star Wars and FPS fans should avoid at all costs as this is nothing more than a quick cash-in and an opportunity to milk a popular brand without delivering anything that constitutes to a satisfactory experience. The multiplayer is a shallow experience and the product itself falls considerably below standards in terms of quality and material. A huge insult to gamers, fans and the Star Wars brand alike. Pathetic showing from DICE and EA all round.

Rating: 10/100
This is a freaking Battlefield 4 clone with a Star Wars skin on it. I knew this going in, but figured I'd see what it has to offer. Is it fun? Yes. Is it what it should've been ? No. Is it worth 60$? No. Is it worth having a season pass with 5 dlc's costing nearly as much as the game? Most certainly not. They are laughing all the way to the bank with that Star Wars license, that is a disgrace to Star Wars fans everywhere..

First of all.
The game is LOCKED at 60 fps on consoles as well as pc which playing a game at 60 fps is pretty much unplayable
there are only 6 heros in the game
there is no campaign
There is no galactic conquest
there is no instant action
there is no single player
there is no modding
there is no space battles
This is call of duty star wars nothing to see here
this is not the game you're looking for hopefully no one will be tricked into buying this and just forget about this horrible buggy unplayable mess of a game.
Email ThisBlogThis!Share to TwitterShare to Facebook